Our best selection of Drupal 8 articles to mark its birthday!

19.11.2016
Comments
Share on FacebookShare on TwitterShare on GooglePlusShare on Linkedin 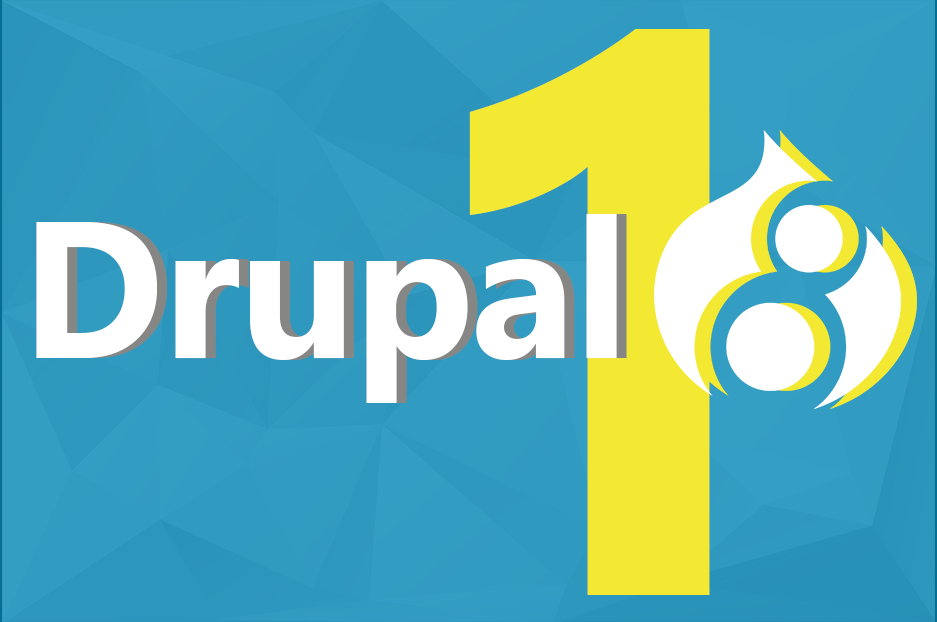 Happy birthday, our favorite little drop with a sign of infinity! You are infinitely great! ;) Exactly a year ago, on November 19, Drupal 8 officially came out, making the whole world hold their breath for a moment. But then they breathed again, with rocking Drupal 8 parties all over the world! Of course, InternetDevels celebrated it as well — nice to remember!

A year has gone by, and Drupal 8.2.0, the second minor release of Drupal 8, is now out. So how has Drupal 8 been going? There has been so much interesting happening with it, and we have been watching it closely!

Here is the perfect occasion to gather together all posts and overviews that we have written. They include both articles for easy reading that requires no development background, and extensive developer’s insights and tutorials illustrated by code samples. Choose whichever you are interested in!

Part 1 of our selection of Drupal 8 publications (easy reading ;)

So what about Drupal 6?

Much ink has been spilled over the fate of Drupal 6. Three months after Drupal 8 release, Drupal 6 became an officially unsupported version, an issue we covered in the “The king is dead, long live the king!” post.

Then, of course, it was exciting to note what improvements Drupal 8 brought about. The Views module in core, excellent opportunities for multilinguality and inline editing, improved theming with Twig, mobile responsiveness, easy work with external applications, better markup with HTML5 and more — these enhancements were so numerous that even a brief overview had to be divided into part 1 and part 2.

With every week, actually every day, there appeared more modules for Drupal 8. In May and June, we made summaries of the contributed modules that became available.

Drupal 8 modules are a world of interesting information and each of them deserves a special attention. So follow the links to check out our little overviews of them. The most popular Views module is now part of Drupal core with some improvements, the Inline Entity Form provides an easy management of product groups, and much more. Both the BigPipe and the Fast 404 modules optimize website’s performance (the former — by the quick delivery of static content to users, the latter — by providing the 404 page in a blink of an eye without overloading the server). The Rules and the Workbench Moderation modules are great at optimizing your website’s workflow.

Here is a real Drupal 8 “treasury” is for those who enjoy special details, step-by-step guides, screenshots, parts of code, and more. To make the collection as full and as useful as possible, we decided to include technical Drupal 8 articles written by our developers over a long period of time. So please note the publication date, because some things might have changed due to the constant process of Drupal 8 improvement.

You might find it useful to check out general but very detailed tips on Drupal 8 development, starting with page and menu creation, as well as with a step-by-step guide on building Drupal 8 modules.

Theming in Drupal 8 has undergone significant changes compared to Drupal 7, so the tips in the article may come very handy. You might also be interested in learning more about using the Twig template engine which replaces PHPTemplate in Drupal 8. Discover more about working with the popular Bootstrap front-end framework, namely on creating a Bootstrap subtheme in Drupal 8.

Modal windows (pop-ups) creation process is different from this that in Drupal 7 and worth your attention. You could also check out an in-depth overview of Drupal 8’s new configuration data saving system designed to facilitate configuration import and export. Do not miss the technical “examination” of the Drupal Commerce module which is very popular for creating online stores of varying complexity.

It is early spring, we discussed the useful details and perspectives of Drupal 8 with the famous drupaler and core contributor, Andypost. This is a particularly nice article to look back at it!

Happy birthday, Drupal 8, it’s been an exciting year, and we hope much more is yet to come!

You are invited to a virtual birthday right here and right now. No presents are needed, just your attention ;) The cakes and drinks will be also virtual, but the joy will be absolutely real. Today...

2
Team-building and Career Forum: all the details and photos
Events
4184 views

This weekend, InternetDevels Company held Teambuilding and Career Forum, which brought together everyone interested in developing and motivating the most valuable assets of their companies — their...

How to build a strong team, keep it motivated, increase your staff loyalty, reveal your employees’ best features or be an effective team member yourself? The Forum is meant to give answers to all...

It seems like last year's Lviv Drupal Camp was yesterday. But here's a story about the new one! Enjoy the report made by its organizer, our tireless event manager ;)

We have recently welcomed you behind the curtains to show you how we organize our famous IT events. And now it’s time to announce one of them approaching! This is a very famous annual Drupal...