20.09.2016
Comments
Share on FacebookShare on TwitterShare on GooglePlusShare on Linkedin 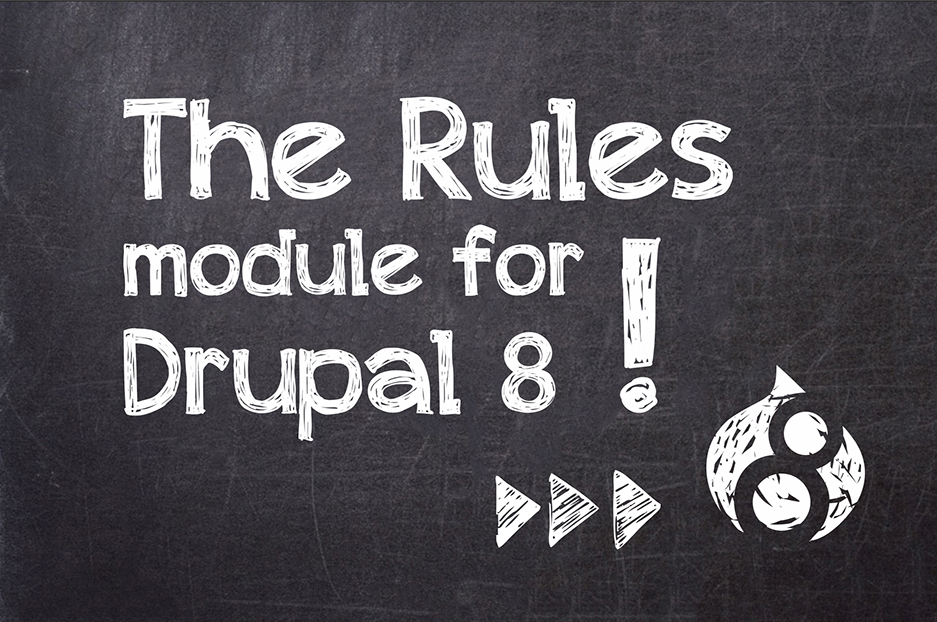 We never get tired of discussing Drupal 8. We especially like sharing, with you, would cool modules were moved there (like the Workbench Moderation module we’ve recently talked about). That’s simply because we want you to use them and take everything that Drupal offers, being one of the most widely used CMFs nowadays.

Now the time has come to speak about another module of big importance, though it is still in alpha. Though its name is rather confusing, it can have a huge impact on the way you manage your site’s workflow. The Rules module is ready to be analyzed. Let’s just dive into it.

How the Rules module works

What are these? If a certain Event happens on a site under some kind of Condition, it triggers an Action. It can be anything you can imagine — for example, if somebody leaves a comment on your content (event), and it’s not you (condition), the email is sent to you so that you can respond as soon as possible (action). This way you don’t receive annoying emails whenever you answer to somebody in the comments section, but you are still notified when a new comment from another user appears.

See how the Rules module can greatly affect the site’s workflow, and how easy it can be to control those simple but important things?

In fact, those conditions and actions can be much complexer than our example. Developers have a possibility to automatize not only simple things, but to control much more complicated actions on a site.

Learn how to create your own rules here.

We’ve already told you many times that Drupal 8 is the easiest version to use, and one key thing that makes it so simple is the way modules are presented.

The Rules module is especially important because it can be used by literally everybody! It doesn’t require any programming and coding skills whatsoever. All of the settings are done with the help of the user interface.

Josef Dabernig, one of those cool people who helped to introduce the Rules module in Drupal 8, says: “Putting power into the hands of the end-user is what I call 'Drupal's most important design decision’”.

So we have the opportunity to control our site and its whole workflow with the help of the Rules module and even without knowing anything about coding. How cool is that?

Speaking about D8 though, the Rules 8.x is just another version of the same module, but built on D8’s API that wasn’t available in D7. That helped developers to simplify the module’s custom code base.

Drupal 8 is all about simplicity :)

So, here’s what we’ve learned: the Rules module for Drupal 8 is a good way to control your site’s workflow, and you can use it even if you know nothing about coding. It’s something you definitely need to try out. Contact our Drupal development agency if you need some help with installation and enjoy your perfectly managed workflow!

5
Drupal 8 tools for meeting accessibility standards: the art of being modern
Drupal 8
6175 views