Drupal 8 tools for meeting accessibility standards: the art of being modern

29.07.2016
Comments
Share on FacebookShare on TwitterShare on GooglePlusShare on Linkedin 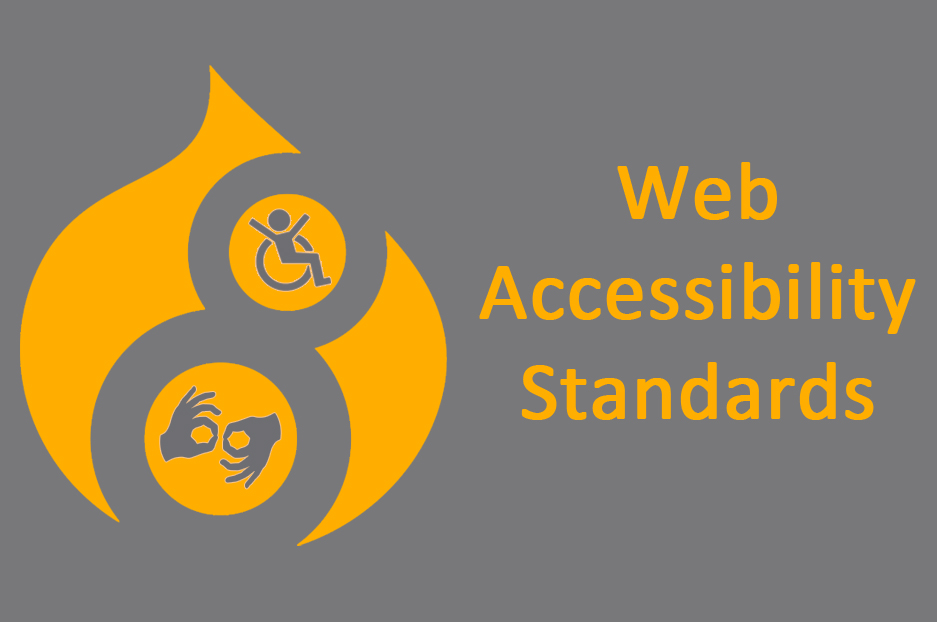 Among Drupal 8’s many shiny features, the support for web accessibility standards shines particularly bright, although it is not immediately noticed by everyone. However, it’s noticed by the people with disabilities (visual or audial impairment, color blindness, difficulty controlling a mouse, etc.) who make up a large segment of web audiences.

In the 21st century, caring about accessibility is a must for everyone who wants to be modern and progressive. Could you imagine Drupal being an exception? Never! ;) In fact, it has been created with accessibility in mind, so Drupal core conforms to the World Wide Web Consortium (W3C) guidelines: WCAG 2.0 and ATAG 2.0.

As for the contributed module and themes, it’s not actually required that their developers strictly follow all these rules. But practice shows that many of them take the web accessibility issue very seriously! In this case, they can add a D7AX (for Drupal 7) or a D8AX (for Drupal 8) tag to their “creations” for everyone to know they are OK to use on websites where accessibility is a priority.

Drupal 8, the latest version of the CMF, has a special focus on accessibility with many enhancements, so let’s see some of them right now.

Special ARIA attributes (roles, properties and states) are added to HTML elements in order to enhance their semantics. Thanks to this, it is easy, for example, to grasp what types of elements they are, to understand the hierarchy of a table, to get alerts when dynamic content is updated, and many other useful hints for a much easier web page navigation.

Another great piece of accessibility news is that Drupal 8 core comes packaged with an HTML5 markup, which is really appreciated by many developers for the cleanliness of code. Compared to the previous HTML versions, HTML5 is much cleaner and more understandable for accessibility devices, as well as for search engines. ARIA and HTML5 work together for the sake of web page accessibility.

Without seeing an image, it is possible to know what it is about with the help of ALT texts. However, the step of adding ALT tags, which is so important both for accessibility and SEO, is very easy to overlook.

Now, web administrators can make the adding of ALT tags obligatory. A reminder will appear to users when they try to upload an image without an explanation of what it is about.

It may seem a slight improvement, but it is very meaningful for people with visual impairments, especially for color-blind users. Color is no longer enough to mark links with. In Drupal 8, links are underlined.

Improved color contrasts are one of the seemingly slight but important Drupal 8 accessibility enhancements.

Be modern, be progressive, use web accessibility practices! Get a Drupal 8 website, upgrade your existing one or ask for assistance with its optimization.

Let the best things be accessible to everyone!

Theming in Drupal 8: tips and examples for developers

Configuration in Drupal 8: tips and examples for developers

A month ago, we offered you to check out a bunch of great contributed modules for Drupal 8 in May. The first summer month has been as much interesting! So make yourself comfortable and enjoy our...

Let’s delve into Drupal module development! Here is a practical guide by InternetDevels developer on how to create modules for Drupal 8.

Drupal 8, the newest CMF version with lots of innovations we told you about (in Part 1 and Part 2), has been around for half a year now. A special mission for drupalers is to migrate Drupal 7...

"Drupalgeddon", online shops in Drupal 8, the future of hooks and much more...We promise that our today’s conversation with the famous drupaler Andypost will be interesting for developers,...