24.05.2016
Comments
Share on FacebookShare on TwitterShare on GooglePlusShare on Linkedin 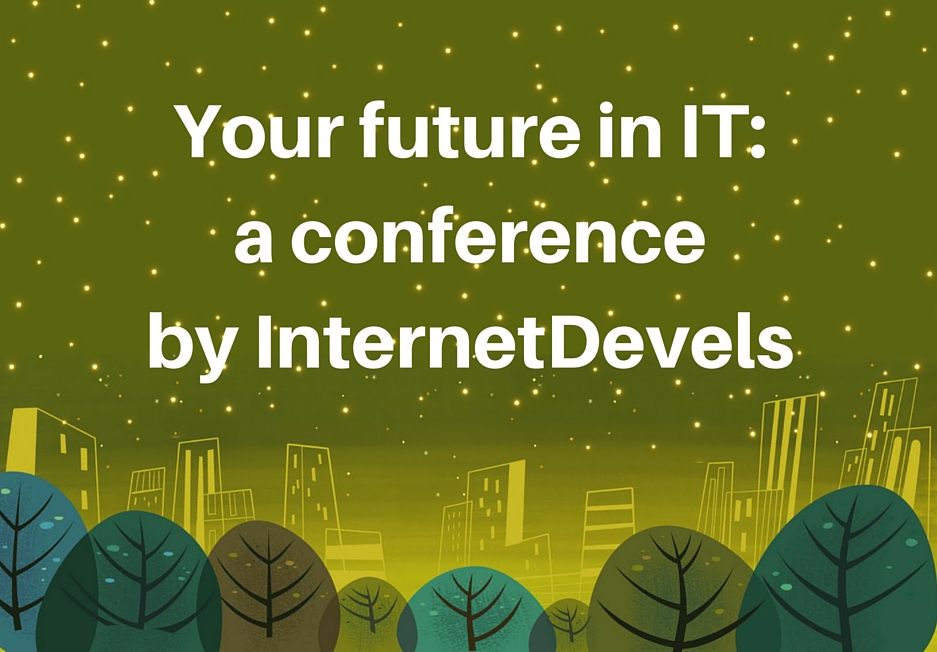 On May 21, InternetDevels Drupal development company organized a really special event, the first high-school student conference entitled "Your Future in the IT." In Ukraine and the world, the IT sphere is developing rapidly, so we decided to tell the audience about the prospects of working in this industry. We want to promote IT particularly among high-school students, because they are just about to make one of the most important decisions — choosing their future profession.

The idea began with the company’s founder, Victor Lewandowsky, who has repeatedly been invited to speak at universities and schools about the prospects of working in the IT. However, our company always prefers to do things in a big way. So, instead of organizing individual meetings, we decided to hold a big conference for students were both representatives of companies and students already working in the IT could share their experiences.

All in all, about 100 students from high schools around the city of Lutsk attended to the conference. They had a chance to listen to talks that would motivate them to do something great and follow their goals despite the obstacles.

The first speaker was Victor Lewandowsky, who told his own life story about his coming to the IT. He wished that everyone could find their own way and expressed the hope that the conference would help someone decide on IT as a career.

There also was a really important guest at the event - Victor Valeev, Advisor to Minister of Education and Science of Ukraine and CEO of Ukraine’s IT Association.

What is web development? What role does it play in people’s life today? What processes can be automated, and what are the benefits of it? What’s Ukraine’s position in the world for developing the IT sphere? Victor Valeev answered these and many other questions. According to him, developers are the engine of the world’s future progress.

Another interesting speech was delivered by Ivan Tibezh, Drudesk CTO. He told the students about the everyday life of a developer, about working for big companies, and about interesting projects and career opportunities. As an example, he used his young but rapidly growing Drudesk company.

Ivan is an experienced developer, so the participants couldn’t miss a chance to have a discussion with him. His questions and tips on which programming language to choose for solving particular tasks and where to learn it on your own kindled everyone’s interest.

The next speaker was Oleh Herasimchuk, Head of Computer Technology at Lutsk National University "Ukraine". He told about forming the curriculum, determining its professional focus, and putting university skills into practice.

One of the speakers was the same age as the listeners — Michael Kudelia, a junior high-school student at Lutsk school №15. He is this year's winner of All-Ukrainian Programming Contest and is going to represent our country at the international level.

Why did Michael decide to do programming? How much time does an average senior spend on self-education? What purpose did he pursue at the beginning of his studies?

We think Michael’s example was the best motivation for the students, because, in a very simple way, he spoke about his challenges and victories, studies at school and outside school and how plans for the future that once seemed impossible but were now starting to take shape.

By the way, our company is Michael’s primary sponsor at the international Olympics, so we have a special reason to cheer for him! The last speech was made by Alexey Gorushkin, InternetDevels manager, called "IT outside the office: travel, rest, develop."

How do IT guys celebrate successful projects? Why are IT conferences visited by all professionals, from developers to CEOs? A business trip where you can rest — is it possible, and how do you get there?

The participants showered him with questions, because in Ukraine, there are not many industries where employers really take care of their employees’ professional growth, create comfortable working conditions and provide a unique opportunity to travel the world.

Now the conference is over. We hope it will become a start in the IT world for someone. And, in a few years, our new employee at a similar conference will tell his or her success story, starting it with words: "When I was at high school, I attended to a conference which motivated to become a developer. This choice has changed my life."

BetWinCon: how we held our conference for bid & tender winners

What do we know about jazz? True, jazz is composed of parts like introduction, exposition, development section, recapitulation and coda, but... c’mon, it’s all about improvisation! It’s when art...

2
BetWinCon: how we held our conference for bid & tender winners
Events
3062 views

Spring, especially May, is a really hot time for IT conferences! While our guys were conquering New Orleans and its DrupalCon, we were making last preparations for our own “Con” — BetWinCon. And...

The business world is full of incredible opportunities. Catching them is more than just luck — it’s an art. That’s what we call it the practice and theory of winning. And that’s what our new big...