05.09.2017
Comments
Share on FacebookShare on TwitterShare on GooglePlusShare on Linkedin 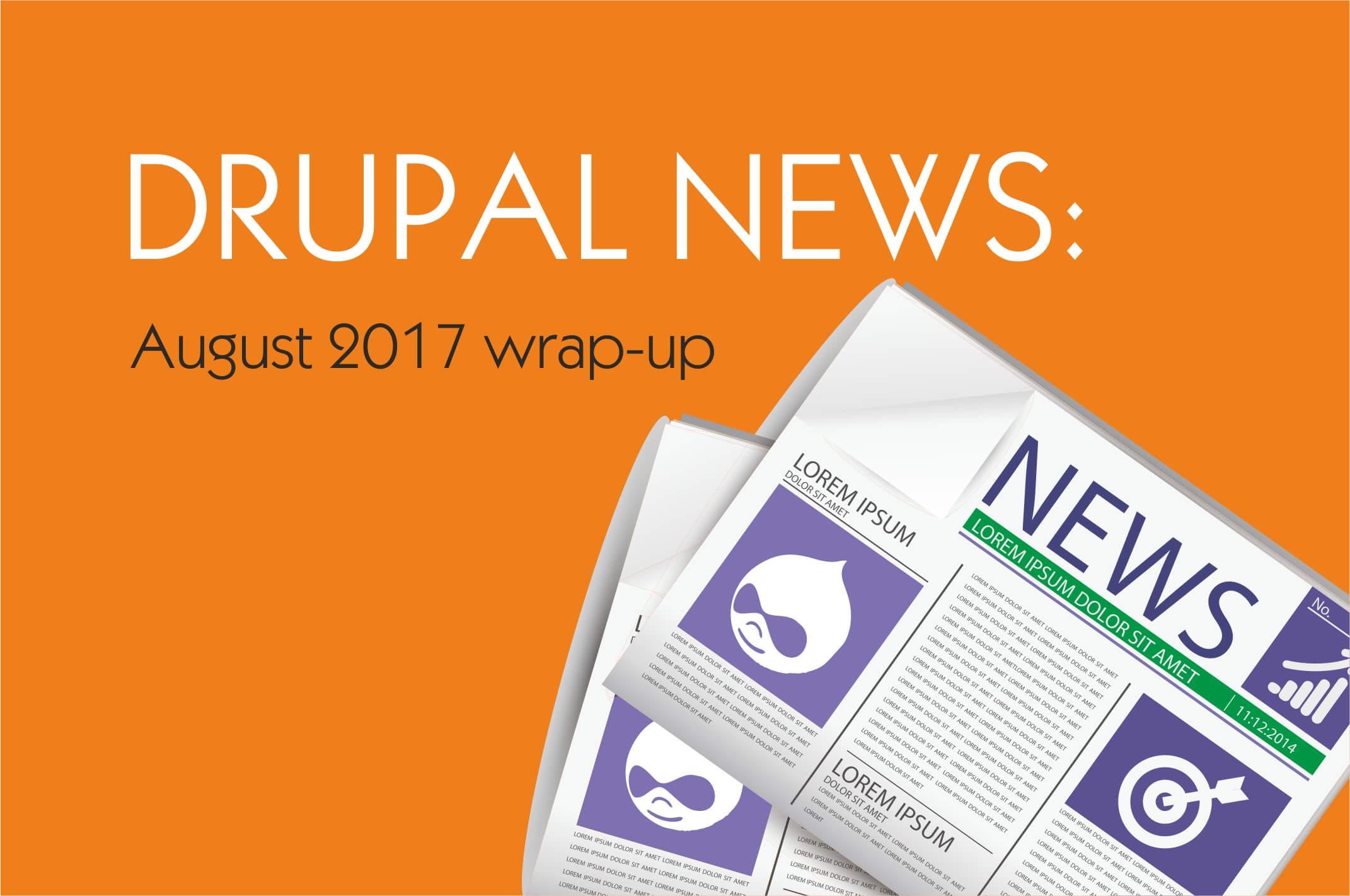 Greetings to everyone! It looks like “8” is a lucky number, and 8/2017 is a lucky month for Drupal developers. By taking a little extra energy from the sun (which is pretty environmentally friendly), the Drupal community has made so many awesome things! It feels like yesterday that we offered you the July 2017 Drupal news summary, and now we’re moving on to the wrap-up of the hot and productive August 2017.

What’s new with Drupal in August 2017

New releases of some Drupal modules

A hot month with hot releases! It’s a true embarrassment of choices. Let’s have a little “tasting session” and appreciate at least a couple of examples:

Drupal is a solid fortress, whose guards are always on the look-out. The Drupal Security Team has “caught” a number of security vulnerabilities (ranging from moderately critical to critical) and made fixes to them.

We are steadily moving towards Drupal 8.4. The previous step was Drupal 8.4.0 alpha1, and now August brings us Drupal 8.4.0-beta1. Hopefully, these steps will finally lead us to the stable 8.4 release in October!

Summer, bye till next year! Internet Explorer 9 and 10, bye forever!

August 2017 was time to say goodbye to Internet Explorer 9 and 10. Beginning with version 8.4, Drupal stopped official support for them, so no public bug reports will be received by the security team. Hopefully you’re not upset? ;)

Drupal should know its heroes

To be a Drupal hero, no one needs a Superman cape. There are so many awesome drupalers who help develop Drupal in various ways every day! And the Drupal Association is re-launching a program to highlight these real Drupal heroes. Wanna join the special committee on this? The Association welcomes you!

Here is our August 2017 Drupal news summary. Is there anyone regretting the end of summer? If you are, there’s no need to be blue — every drupaler know that the autumn’s gonna be rocking! Take the best from what Drupal offers, enjoy new features or an entirely new website, and know you can always rely on our expert Drupal company.

1
How to avoid a server crash
Drupal Development
1795 views

Many common problems that cause websites or server to crash are preventable. They say, forewarned is forearmed. So what server metrics you should monitor to keep your website run properly? Let’s...

Combining different tools to produce fantastic reactions is the true “chemistry” of web development. It’s time to describe another chemical reaction — between Drupal and ReactJS, which results in...

Hello, everyone! Summer moves on. It inspires us to grab a basket and gather some fresh, ripe, and tasty... Drupal news for you! ;) You’ll see that July 2017 has been very fruitful for Drupal. So...

4
Dockerize it, or why use Docker in Drupal development
Drupal Development
5037 views