04.08.2017
Comments
Share on FacebookShare on TwitterShare on GooglePlusShare on Linkedin 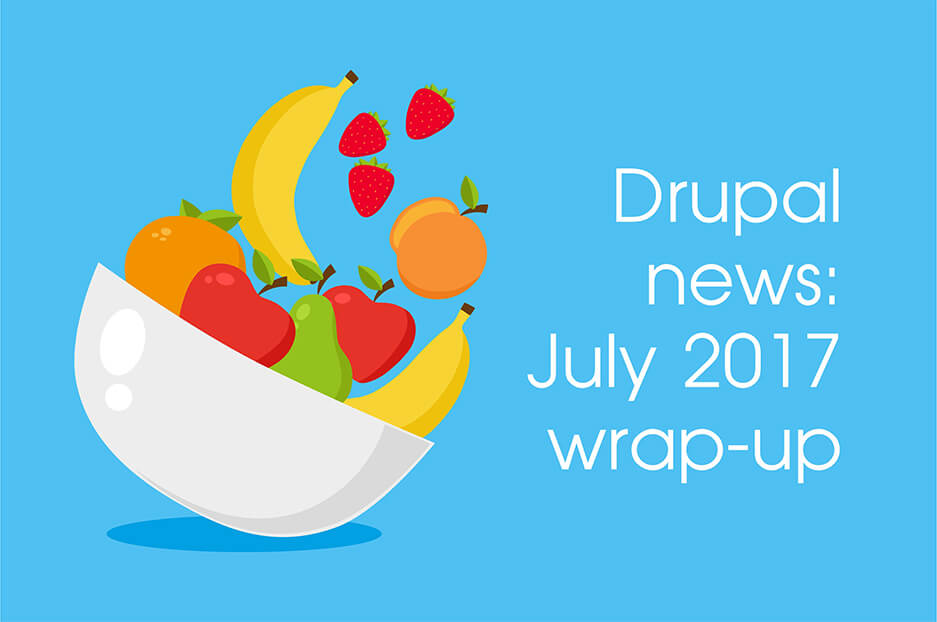 Hello, everyone! Summer moves on — together with its lovely sunsets, yummy fruit and berries and so much more. It inspires us to grab a basket and gather some fresh, ripe, and tasty... Drupal news for you! ;) You’ll see that July 2017 has been very fruitful for Drupal — the community has been creating great stuff with their special, summer inspiration. So discover the new releases of Drupal modules, take a glimpse at Drupal 8.4 as Drupal 8.3’s successor, and find some other nice surprises. Enjoy your July Drupal basket!

New releases of some Drupal modules

Drupal developers have been working like busy bees, so the second summer month of 2017 has given us dozens of new module releases to fit every taste, or, should we say, every website’s needs. These are just a handful of examples:

Another great piece of news for those who are using Docker in Drupal development — the new version of the popular stack, Docker for Drupal 2.3.0, came out in July 2017 with lots of new Docker images, a handy UI, security updates and bug fixes.

It’s always hard to select the best from the best. But the organizers of DrupalCon Vienna did it! Discover the selected sessions for this international meetup that will gather drupalers from across the globe on September 26-29, 2017.

Everyone expects Drupal 8.4 with great impatience. Though the release itself is scheduled for October, the fruit is almost ripe — this summer’s giving us the alpha and beta versions of Drupal 8.4.

The alpha-1 version of Drupal 8.4 has just come out and, by the end of summer, we will most likely see Drupal 8.4 beta.

So what will be improved in Drupal 8.4.0? A handful of awesome modules should move from alpha to beta or reach stability. These are Layout Discovery, Inline Form Errors, DateTime Range, Workflow, Content Moderation, Migrate / Migrate UI, Settings Tray, and Place Block. Great improvements also await media handling in Drupal. And it’s just the beginning!

A little about victories

One of the best Premier League clubs have scored the best goal in their career — London’s Arsenal have launched their new website with Drupal 8. It features news, history, ticket info, live results, an online store and much more. New victories await both Drupal and Arsenal, and we are glad to see the collection of awesome sports websites built with Drupal got another member with a true winning spirit.

We have told you briefly what’s new with Drupal in July 2017. Hopefully, this has been appetizing, inspiring enough for you to consider adding cool new features to your site or an entirely new fabulous site. And our expert Drupal development agency will help you make it all come true!

1
Dockerize it, or why use Docker in Drupal development
Drupal Development
4866 views

Let’s have a look at the modular website framework built for higher education institutions — OpenEDU.

4
Using Node.js with Drupal: the time has come for some real-time magic!
Drupal Development
11244 views

After a glimpse at combining Drupal with AngularJS, we are now moving on to another member of the JavaScript family that is rapidly gaining popularity — Node.js. Let’s discover the reasons for its...

As you may remember from the fairy-tales, knowing the secret words helps you to move even the mountains and open treasure caves. The words “Open, Sesame” work somewhat similarly to modern website...