Web development “chemistry”: a fantastic reaction between Drupal and ReactJS

11.08.2017
Comments
Share on FacebookShare on TwitterShare on GooglePlusShare on Linkedin 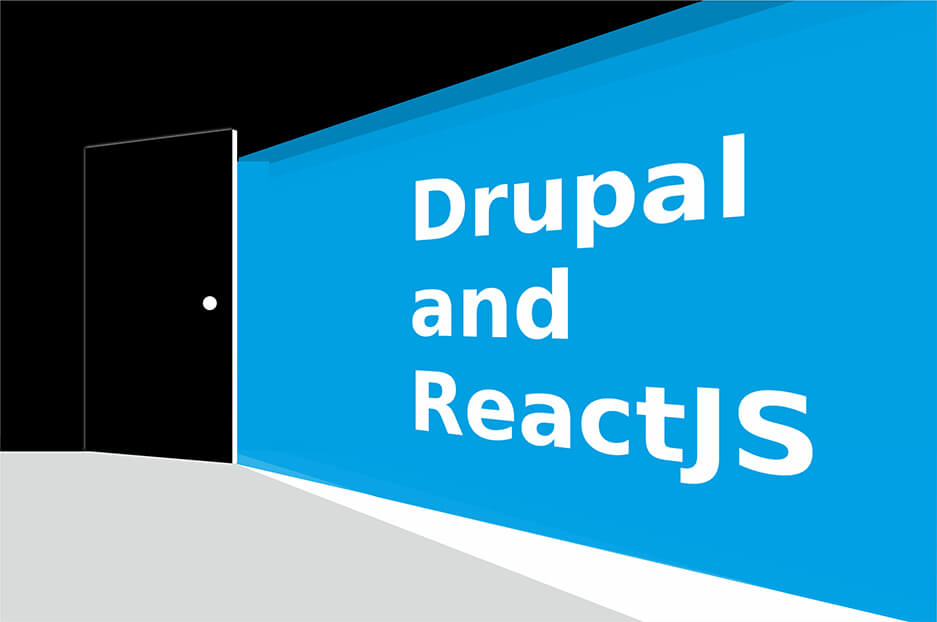 Combining different tools to produce fantastic reactions is the true “chemistry” of web development. The special trend of the day is using Drupal with JavaScript tools. We’ve had a chance to look at the benefits of using Drupal with Angular and Drupal with Node. Now, it’s time to describe another chemical reaction — between Drupal and ReactJS, which results in the appearance of websites and apps with cosmic speed and interactivity. Indeed, these qualities are in the DNA of the whole JavaScript family. So what makes one of its youngest members, ReactJS, stand out? Let’s take a closer look at it and find it out.

ReactJS and at least some of its benefits

“You can’t scare me — I handle Facebook’s interface”

Such a quote could easily belong to ReactJS. This JavaScript library for creating user interfaces was built by Facebook engineers. At first, it was only used internally and then was released as an open-source project. Considering the scope of Facebook, there’s hardly any project ReactJS can’t cope with when it comes to building large-scale dynamic applications with real-time data change. Nor is it used by Facebook alone — check out lots of other projects using React.

One of the awesome features of React is its effective approach to DOM updates. When a page is loaded, the browser generates its DOM (Document Object Model). However, this is traditionally a bit of a weak, or, let’s say, slow point of JavaScript. To significantly speed things up, React JS uses a lightweight, virtual DOM. React discovers which virtual DOM objects have changed and updates the necessary parts of the real DOM, not the whole DOM tree. This provides a great performance boost, as well as makes a developer’s life easier.

In ReactJS, it is easy to create self-contained, independent components and put them together in large-scale applications. Parameters are passed to each of the components.

Data flows through your application in a single direction after some change. This makes the data flow more predictable, gives you a better control over it, and lets you easily track changes.

Easy to work with

React presents a rather simple programming approach with no complicated concepts. It easily integrates with absolutely any JavaScript library. Born in 2013, React has developed a large ecosystem around itself. Its active community keeps creating new libraries, tutorials, and other helpful stuff.

Drupal is great for absolutely any type of website — social, educational, ecommerce, healthcare and so on. It can handle any amount of users and pages, as well as any website scale and complexity. With the special front-end miracles of ReactJS added to this, this can produce absolutely fantastic results.

The combination of Drupal and ReactJS is most beneficial for websites with plenty of dynamic page elements and a giant amount of constantly-changing data that requires smart, real-time updates. Other examples are when you need to provide an automated data exchange or access to data from mobile apps. However, any type of website or app will benefit from an ultra-quick and magnetically engaging interface.

The most popular way of combining Drupal and React is using React as a lightweight front-end for the so-called decoupled (or headless Drupal) as a CMF and data source. The one-way data flow of React JS helps shape the web page in accordance with the data sent from Drupal's RESTful API.

Drupal 8 has special opportunities for React integration, thanks to its built-in RESTful services, but using JSON API will make your developer’s life even easier. Another hot trend is combining Drupal 8 with React by means of GraphQL. Drupal 7 has to rely on contributed modules to work with React, but the integration is possible.

If you are interested in using Drupal and ReactJS for your project, contact our web developers who love modern technologies, especially in their best combinations!

Hello, everyone! Summer moves on. It inspires us to grab a basket and gather some fresh, ripe, and tasty... Drupal news for you! ;) You’ll see that July 2017 has been very fruitful for Drupal. So...

2
Dockerize it, or why use Docker in Drupal development
Drupal Development
4866 views

Let’s have a look at the modular website framework built for higher education institutions — OpenEDU.

5
Using Node.js with Drupal: the time has come for some real-time magic!
Drupal Development
11244 views

After a glimpse at combining Drupal with AngularJS, we are now moving on to another member of the JavaScript family that is rapidly gaining popularity — Node.js. Let’s discover the reasons for its...