14.02.2018
Comments
Share on FacebookShare on TwitterShare on GooglePlusShare on Linkedin 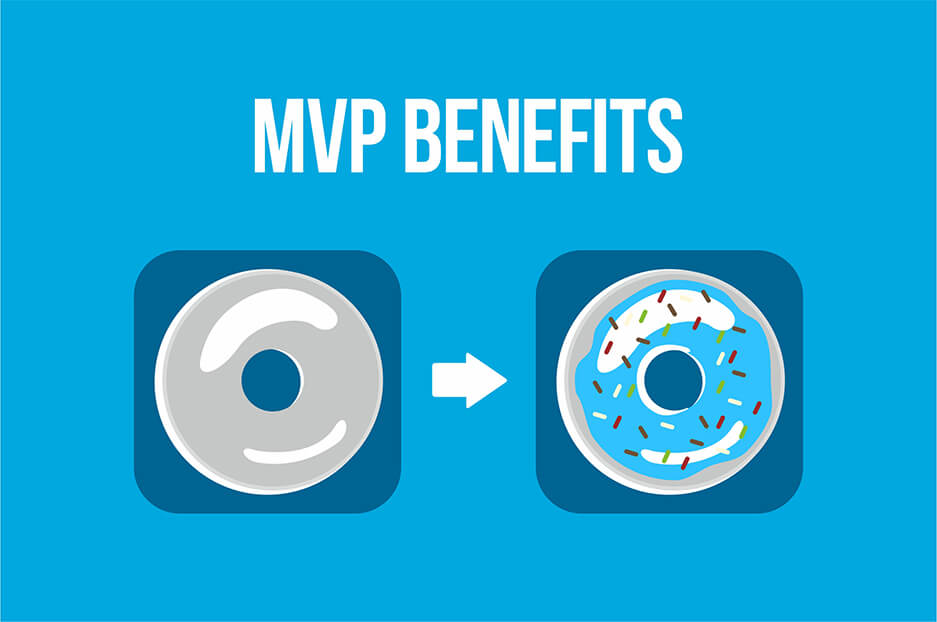 If you have a great idea for creating a new product that could be useful in some sphere, it is worth trying to make it true. If programming isn’t your cup of tea, but you want to use web technologies, then you have all reasons to outsource your startup. You may wonder about how effective it is, but Skype, Opera and other world-famous ideas were outsourced startup projects at first. Later, when the inventors saw that the idea works, they improved their startup products, making them more profitable and gaining a growing audience of millions of happy users. So now we’ll tell you how to get minimum risks with a minimum viable product, which is a great solution when it comes to startups.

What is MVP (minimum viable product)?

A minimum viable product is a new product that possesses only the most vital features to satisfy the very first adopters. This web development technique has a broad application and can be related either to a web product (website, application, software) or any other product in any industry.

Don’t get the wrong idea about this, like in the example with vehicles below. MVP doesn’t mean a raw product created in a hurry. MVP is a working product capable of solving the main problem, but is incapable of solving smaller related problems. If the main problem, for instance, is the need to illuminate the space, then a candle can solve this problem, but can’t provide a long term solution. Electrical bulbs can solve those two problems, while LED and CFL bulbs solve not only the problems of creating long-lasting light, but also a related energy consumption problem. 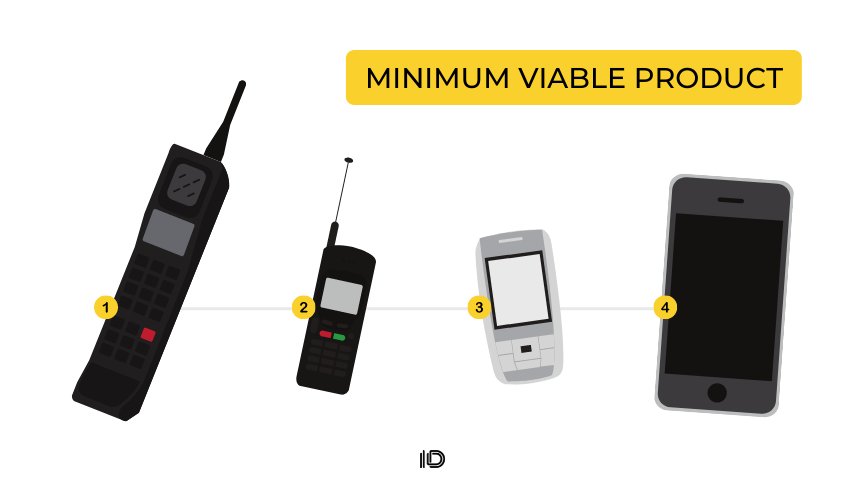 What do you need to build an MVP?

If you have the initial vision of your final product, outline all of the features that you want to include and remove from the list those you can do without at first. Then decide on the key issues that this product has to solve, and the basic components required for this. Based solely on them, create a minimum viable product. Add the rest of the planned features later, after the MVP is released to the market, when you will be sure of the demand from the target audience.

We have encountered a case when a customer came to our IT company with the idea of ​​developing a multifunctional multisite for a community of writers and translators. It's essentially two sites: one for public access, and the other visible only to a limited number of registered users with a certain rating. In doing so, both web resources must automatically synchronize data between themselves and be moderated by many admins. It also provided for the creation of accounts, payment systems integration, forum, blog and many other features. Of course, it is impossible to develop this complicated web project in a short time, as well as to take into account all the details. Therefore, we suggested developing a minimum viable product as quickly as possible. After its official launch and real users engage, we would continue working on it.

What are the benefits of a minimum viable product for startups?

Producing the final product version at once is quite risky when it comes to a startup idea. It’s hard to predict whether spending money on a new project will be paid off, and whether the time and effort will justify themselves. Beginning your startup or small business with releasing a minimum viable product to the market allows you to avoid big risks. Yes, it still requires some funding, but not so much.

An MVP allows you to check how successful and profitable your startup idea is and whether it is worth investing in further iterations.

Since a minimum viable product has a minimal set of components and features, the costs for its production are also minimal.

Moreover, after your MVP has been presented to the market, it gains the opportunity to catch the attention of potential sponsors, investors, contributors and interested people, who are ready to support it financially. This lucky twist of fate could ensure the future for your project.

The period of MVP creation — for example, a mobile application development cycle — takes less time than waiting until the whole range of features you want to include are built and tested.

In addition, app users usually don’t need all the options — 45% of functions are never used and 19% are rarely used. Taking this into account, there is no point in spending valuable time on the less popular of them, at least not at once. And time is money, as you know. An MVP concept allows you to reduce startup project launch time by concentrating on the key features only.

Faster appearance on the market

As MVP requires less production time, it reaches the market faster than a fully functioning product. This means you’ll start getting profit and feedback sooner. Consumers will be already enjoying your minimum viable product, while at the same time you’ll keep on working on its improved versions.

Reaching the market sooner also gives you a beneficial position in relation to your competitors, who couldn’t get ahead of you with a similar product.

Startup projects are, to some extent, a pioneer in a niche, and you can’t predict the outcome with 100% accuracy before verifying it in practice. So feedback gives you this valuable practical data on the early stages of your business to guide your future efforts, time and money in the right direction.

So, as you see, a minimum viable product is extremely beneficial when it comes to startups. It allows you to get profit faster while spending less money. Outsource your startup web project to our website development company, and we will develop it qualitatively and in timely manner.

As we are a web development company, we work with web projects every day and can tell a lot about them. We want to bust the project management myths, if there are some you still believe in, and...

This article will help you evaluate the pros and cons and decide whether a fixed price contract is your fit or not and how you’ll benefit when choosing it.

We have previously described how we manage Drupal projects and, in particular, how we estimate them. We have also busted myths about project management. Today we are going to give you more insight...

The series of blogs about implementing Agile in large companies continues! After Intel and Nokia, Apple and Philips, the time has come to discuss Microsoft and Exigen Services.

Creating or developing your web resource is a complex process. Your project life cycle consists of many phases. Let’s start from the very beginning. We have already written that in the initial...