14.10.2015
Comments
Share on FacebookShare on TwitterShare on GooglePlusShare on Linkedin 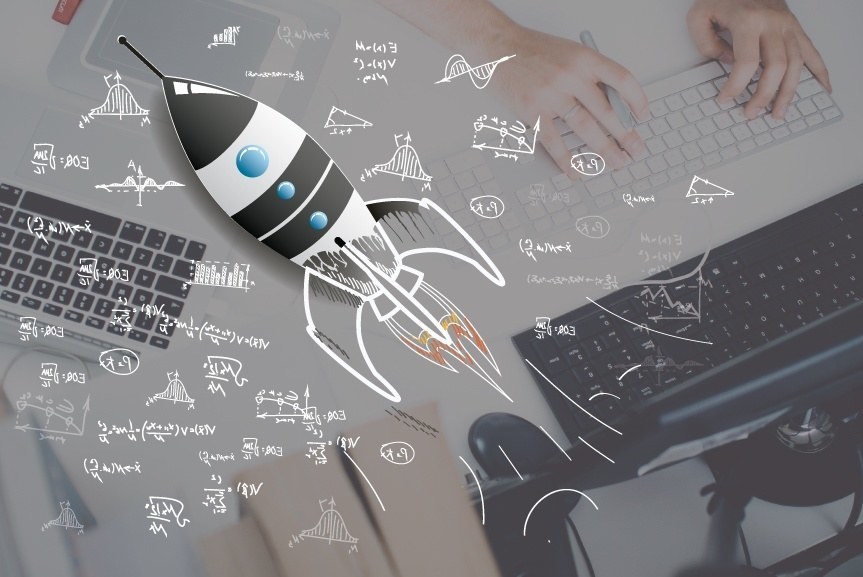 Recent researches announce: students prefer to run their own startups rather than work on Facebook or Google - large companies are not always wide opportunities. However, if you are, for instance, a historian, and you have a brilliant idea of IT project - how should you start your own business? Learning codes or declining the idea?

Outsourcing companies are the superheroes when it comes to a startup. You will be surprised, but many well-known companies started as outsourced projects. Let’s take a look at their list.

Have you already called your friends, parents or business partners from distant places today? If yes, probably it was done with Skype. It has approximately 300 million accounts with 4,9 daily users who spend 3 billion minutes talking. Amazing? However, this was a nuisance in 2003, when Niklas Zennström (diplomas in physics and business administration) and Janus Friis (left high school because of work) decided to run their startup. In order to build Skype, they outsourced Estonian programmers who implemented their ideas. Eight years later, Skype was purchased by Microsoft for $8.5 billion - no reason for further outsourcing.

In 2010 former Facebook, Intel and Mint worker Noah Kagan launched a new brand - AppSumo. His aim was to solve painful startup’s problem - looking for web applications and innovations in web distribution. Noah felt the niche and decided to run a project to deliver the best web apps for different companies. Despite the fact that AppSumo dealt with software, it did not have a big staff. People say that the initial cost of a startup was round $60 - that is how much an outsourced company was paid for back-end development.

In 1994 Ulf Michael Widenius and David Aksmark started to code a relational database management system that became one of the most popular open source tools for web programmers. At that time, the philosophy of founders was to engage many teams all over the world in order to ramp up their operation in different locations. Mainly these teams were outsourced. And, by the way, due to this startup we now have an opportunity to outsource Drupal development - this CMS also does not work without MySQL.

Do you remember that old-fashioned jokes about Internet Explorer, Mozilla and Opera? Actually, there is a story behind every brand. Red letter “O” as the logo appeared in 1994 when Norwegian company Televerket was established. The startup started from outsourcing people who helped to develop the browser. Step by step - and for now it’s one of the most popular WWW applications.

Basecamp works in B2B format, delivering to their clients project management tools based on the web. The company initially was concentrated on web design, however in 2004 its new product was launched. Basecamp offers clients nice solutions for project management, and it is distributed for $150 with unlimited using. The company relied on outsourcing projects during different stages of development of their product.

Big data - is not a joke, and it's analyzing requires many efforts. Splunk started to offer software since 2003. The company was aimed to produce tools for searching, monitoring and analyzing big data, generated by machines. The company outsourced talented people in order to extend its own business - and was completely right! For now, it serves many clients all over the world.

This company integrates different types of tools like a GitHub account or a Jenkins server in one platform in order to simplify the life of web developers. It was partly built by Indian developers, who were outsourced by company founders. Some of them were also employed, by the way.

This US based corrections-related service provider started from outsourcing people from India, China and Israel. They mainly performed works related to hardware, engineering and quality assurance. JPay’s growth is in many ways related to the work of its outsourced staff. This startup for sure can tell you how significant is to work with remote teams.

Now it’s one of the most widely used repository hosting services with thousands of clients among web developers all over the world. Founded in 2008, the company was aimed to serve Git projects.

Actually, the project started on the demand of the founders - PJ Hyett, Chris Wanstrath and Tom Preston-Werner like Git but did not have an opportunity to share their code with others. The initial budget was donated from pockets of founders - they also paid people who worked distant in many countries all over the world.

This is an online tool for creating diagrams and charts. Remarkable that they also outsourced for different parts of their project. The startup is an example of effective cooperations between staff and outsourcing.

As it’s always written in many stories - to be continued. As far as new startups spring up like mushrooms overnight, who knows - maybe you will be the next on the list of top outsourced startups. Keep in mind that you can outsource WordPress development, Drupal team or anything else in Ukraine.

1
How to Improve Your Website’s Navigation
Other
5205 views

First-class navigation is the keystone of a pleasing web design and satisfied users. Without a captivating website layout and a good navigation structure, visitors won’t be able to find the needed...

If you are an entrepreneur or want to launch your own business, one of the best ways of marketing is to set up a website. Hiring a...

3
How to Secure Your Social Media Accounts: 5 Tools
Other
6483 views

If you find yourself going out of way to keep your accounts secure and care about your website support, you...

Discover our new blog post related to QA testing and optimizing your website. Let’s see what your...

5
How to start with Symfony2 framework: tutorial for beginners
Other
7352 views

If you want to begin studying Symfony web development, this Symfony2 framework tutorial by our developer could be very useful for you. This blog post describes what Symfony2 is, what tasks it...