14.02.2014
Comments
Share on FacebookShare on TwitterShare on GooglePlusShare on Linkedin 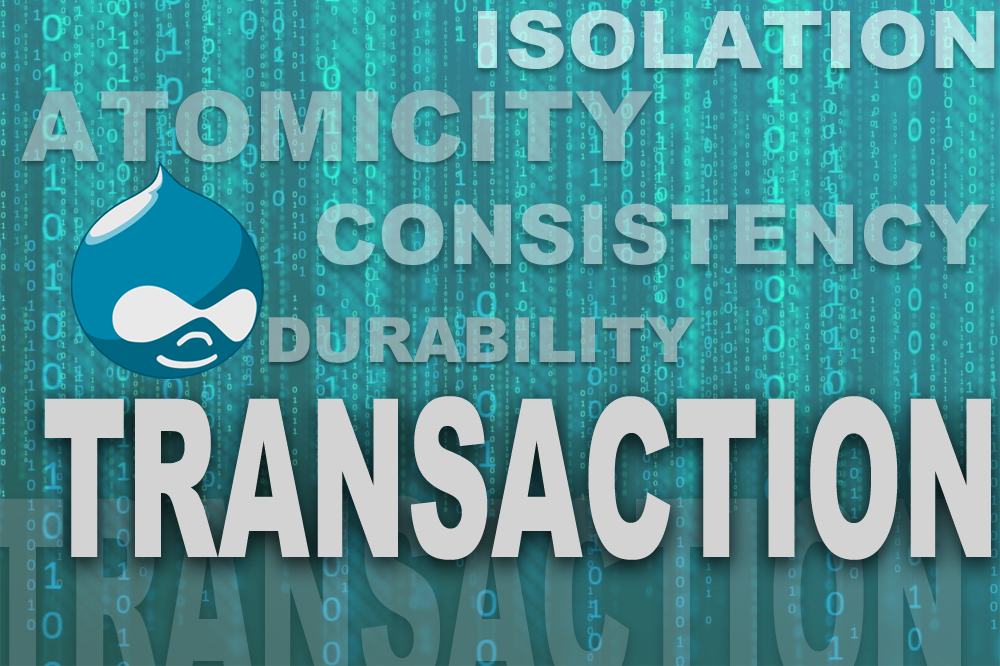 Drupal has transaction support starting from its 7th version. We will help you to learn how to use this functionality properly to achieve the desired result and not to get stumped.

Transaction is a set of consecutive operations with the database, which comprises a logical unit of work with data. The transaction can be executed both completely and successfully, while maintaining data integrity and being independent of the transactions which may be performed simultaneously; or can not be executed at all. In the latter case, it should not cause any changes.

Since the 7th version, Drupal provides an opportunity to support transactions, including those databases that do not support them. However, if you try to execute two transactions at the same time, it can complicate the process of their performance. In this case, their behavior will depend on the type of database used.

The same problem arises with embedding in C/C++. If the code has already locked the table A and tries to block it again, you’ll get stumped. But if a Drupal developer writes a code that checks whether there is any blocking and makes the second attempt only in the case of its absence, then such misunderstandings can be avoided. However, this can lead to premature blocking removal while you may still need it.

There is a similar problem in SQL. E.g. if your code is running in a transaction and at the same moment a new one starts, we can get unpredictable outcome when one transaction is executed and another begins.

Java solved the embedding problem with blocking in another way. Supporting embedded structures Java allows you to mark a function as ‘synchronized’, which makes the latter wait until the blocking is possible, or remove the lock when it is no longer necessary.

Although it is not possible to write "transaction" function in PHP, one can follow the Java embedded logic using objects with constructors and destructors. For this reason Drupal designed a wrapper class for creating and managing transactions in databases - class DatabaseTransaction.

It is used in the function "$txn = db_transaction();" as the first operation to make transaction from the current function, in which it is invoked.

When one of the queries in a transaction fails, a "rollback" (an operation that returns the data to its initial state before the transaction starts) of all changes happens.

If it is necessary to finish one of the transactions prematurely, one needs to remove the variable $transaction using the function unset().

Let’s work with the transaction using an example.

Imagine a situation when it is required to process a large amount of data for users and the operation for them should be grouped. Problem: withdrawal and transfer of funds from internal user accounts on the basis of records in the temporary table.

Such function realization through transactions will prevent the changes in the user account by another functionality during the code execution, as well as will guarantee the integrity of the operation by calling the rollback method which returns all data to its original state, if some errors occur.

This article goes about transactions and how Drupal can support them. For more detailed information, see documentation.

We have defined the top list of the most important SEO-modules for Drupal 7, which are vital for SEO-optimization of most web-sites. In this blog, we enumerate these modules and explain why they...

Apps is a module that can be looked at as a subsequent step in the evolution of features. For us, in particular, it appears friendlier and more acceptable as a tool you can use for adding new...

The look of the login/registration form can now be changed using administration tool. This is possible with our Customize login form module.

In this article we will speak about Drupal core installation as a submodule. We will not dwell upon the very concept of a submodule here for long, nor try to consider its dis/advantages. What we...