Why update to Drupal 8.7.7 now: a small release with a big secret!

18.09.2019
Comments
Share on FacebookShare on TwitterShare on GooglePlusShare on Linkedin 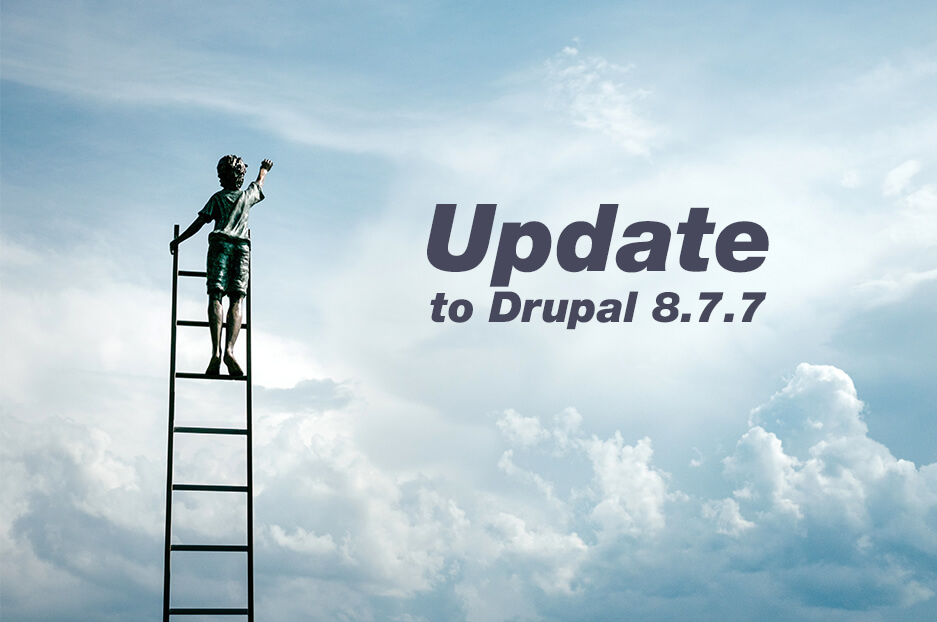 The Drupal world is looking forward to the “ninth edition” of the great drop. It’s going to continue Drupal’s chosen path with its API-first orientation, the latest versions of third-party libraries, advanced editor-friendliness, and much more.

This is a very special update indeed. In this blog post, we will tell you what’s new in it and why you should update to Drupal 8.7.7 as part of your site’s easy and smooth journey to Drupal 9.

Drupal 8.7.7 came on September 4. Although it’s not even a minor update — it's been called a patch release — it brought a major new feature by introducing a new core versioning system that helps websites be more ready for Drupal 9.

The new core version requirement key is meant for module and theme creators to mark their project’s compatibility with Drupal core versions. This compatibility can apply to multiple versions — for example, D8 and D9. This was not possible with the old “core: 8.x” key.

Drupal core contributor Gábor Hojtsy described this feature in his blog post. He emphasized that 8.7.7 is the first release to support modules compatible with multiple major core versions. 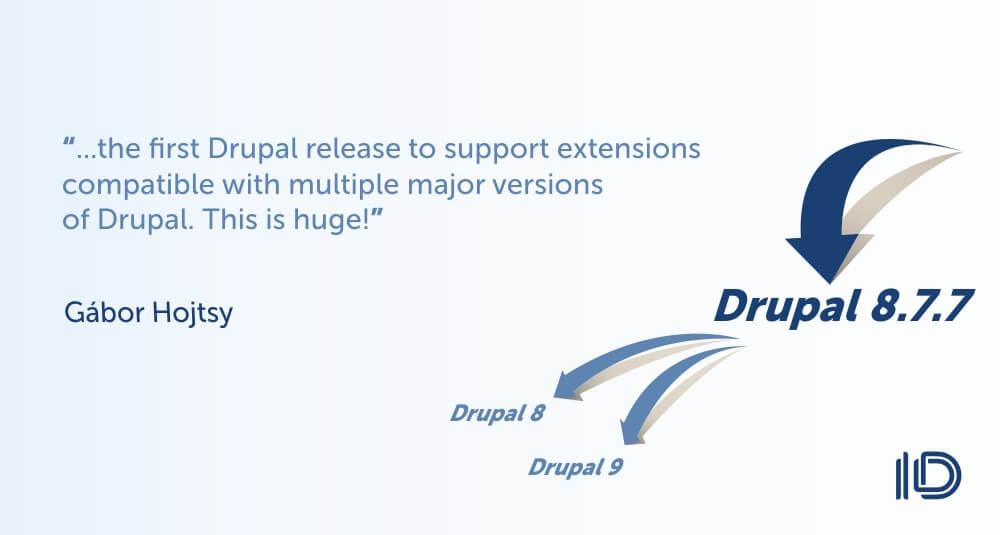 The key is to be added to the info.yml file of the module or theme:

You can read more details about the key in the drupal.org announcement. But why is marking the Drupal 9 compatibility so important, and how should an update to D8.7.7 help your website’s future? The reason comes next.

Drupal 8.7.7 is a step towards your smooth upgrade to Drupal 9

The topic of D9 compatibility for modules and themes is so hot because many D8 websites have a chance to be fully ready for Drupal 9 the day it arrives.

So if you update to Drupal 8.7.7 now, you will be closer to D9 than ever. Thanks to the new core versioning system, your modules and themes will be ready to “jump” to the ninth Drupal as soon as it comes.

Update to Drupal 8.7.7 and prepare for Drupal 9 with our team!

Our website development services company will help you prepare for Drupal 9 easily:

The future looks really bright for websites that follow the latest recommendations. Let yours be among them!

Welcome on a tour of building users profiles in Drupal 8. Let's start from the basics and move on to a few tweaks with new core modules such as Media Library & Layout Builder.

If you want the visitors to settle down on your website and register, you definitely need a special tool to make both the registration and login processes easier and faster. Luckily, Drupal 8...

Editorial workflows in Drupal 8 are easy to create and manage. This is achieved by the Content Moderation and Workflows modules. These modules are Drupal 8’s innovation — they have appeared...

It’s exciting to see how once unimaginable things become popular digital practices! A vivid example is artificial intelligence. What about Drupal websites — are they ready for AI? The answer is a...

Here is the news that will make the supporters of API-first Drupal simply lose their breath. Among the new features of the freshly released Drupal 8.7.0, is JSON:API in Drupal core! It is now part...