Reasons to Upgrade Your Site From Drupal 6 to Drupal 7

29.01.2016
Comments
Share on FacebookShare on TwitterShare on GooglePlusShare on Linkedin 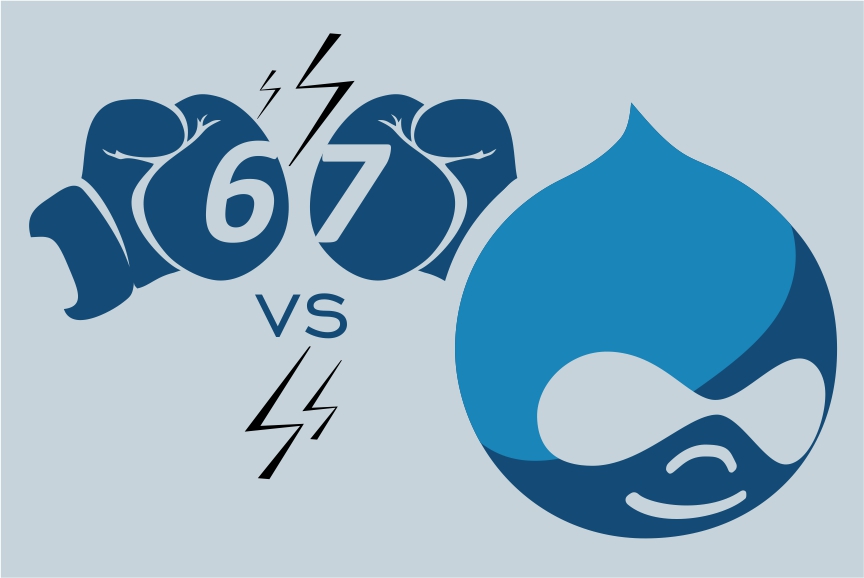 We had a discussion in one of our previous blogs that Drupal 6 is “dead”,
however if you’re a site owner and still not sure whether you need Drupal 7,
we’ve prepared this article specifically for you.

Drupal 7… how will it affect your site upgrade? Oh, be sure it will — there are some major differences between Drupal 6 and Drupal 7. First and foremost, Drupal 6 will no longer be supported or receive security updates, while Drupal 7 is newer and has better support. It is also the most tested version ever released. In this blog post we will help you to find out how Drupal 7 can change your website user experience.

Is Drupal 7 Any Better Than Drupal 6?

First of all, Drupal 7 is much more user-friendly than Drupal 6. Now you have access to administrative links on each page where you can edit various page elements without going to an administration page first. It also has improved support for integration of WYSIWYG editors and more drag-and-drop options. The addition of new module allows users to create their own menu for the pages they visit the most.

With Drupal 7 you will also have greater security control. Here you have more secure implementation for scheduled tasks as well as protection of your data using more steady log-ins and password systems.

Additionally, owners and developers may be assured that there is a bug-free code base, as an automated code testing framework has been added.

You can also connect your Drupal website to a variety of applications. Drupal 7 possesses a database abstraction layer, enabling the use of many databases, such as Maria DB, Microsoft SQL Server, MongoDB, Oracle, MySQL, PostgreSQL, or SQLite.

Drupal 7 received some architectural modifications as well. You can now create flexible content, add fields to users, comments, or extend your own application with the new Drupal’s built in content field system.

Upgrading from Drupal 6 to Drupal 7 you will get improved image handling, including better support for add-on image libraries and a field for uploading images, which was previously only available through the ImageField module. Image operations now work out of the box, (e.g. resize, crop, etc.).

In this Drupal version modules can also be updated via the web. Support for language-aware searches has also been added.

So, Where Do You Go From Here?

Unbelievable! So many modifications were implemented in Drupal 7! It is obvious that Drupal 7 is much better than Drupal 6, and now you know what changes for your Drupal 6 based website are essential. InternetDevels highly experienced developers crew will cheerfully help you with this issue. Things are changing and life doesn't stop, so hurry up and upgrade your site from Drupal 6 to Drupal 7!

Creation of RTL CSS is quite an important process in ...

Useful tips by the developers of our Drupal development company make social networks closer and your life easier ;)...

According to “web weather” forecasts, lots of site owners will wish to ...

Today marketing campaigns can be easily extended by using an email sending services. These programs are designed to help you reach the right person at the right time with the right message. In...

Hey there! If you are interested in Drupal web development, tips by our dev could do you a world of good. Welcome to learn new things about...