22.03.2016
Comments
Share on FacebookShare on TwitterShare on GooglePlusShare on Linkedin 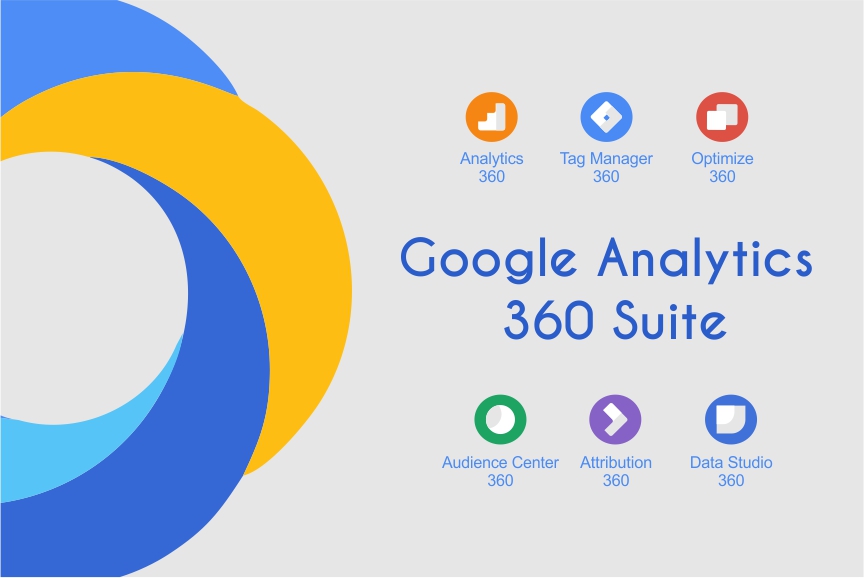 When it comes to tracking customers’ behavior on your website, getting detailed statistics on it and refining your marketing campaign, it’s hard to imagine anything better than Google Analytics. Online marketers, SEO specialists, web developers and website owners all agree. Many of them use its free version, while others use the premium one with more features.

Now, the search giant has gone ahead and announced a new solution for the premium segment. The powerful enterprise-oriented set of integrated data and marketing analytics products is called Google Analytics 360 Suite.

The new tool promises much more advanced options for online marketers to quickly respond to their customers’ needs. There is a strong focus on cross-product data integration. The creators say they have taken into account customers’ wishes and suggestions when developing it. Google promises it is now more convenient to work with web analytics than ever before.

Google Analytics 360 Suite is a mix of some features invented in the recent couples of years (but improved and updated) with some brand-new ones. The new products are now available in limited beta, according to Google.

This is a data management platform (DMP) which is natively integrated into DoubleClick and AdWords, thus offering you more convenience in working with these advertising services. Google Audience Center 360 is also open to third-party data providers and demand-side platforms (DSPs).

Here is a real A/B testing and personalization tool. It allows you to show different versions of your website to your visitors and see which one works best for a particular audience. Thus, you will be able to provide better user experience. Unlike Google Experiments, its “predecessor”, Google Optimize 360 does all the A/B testing work for you from A to Z...or, better to say, from A to B :)

This data analysis and visualization product creates reports and dashboards by integrating the data across all Google Analytics 360 suite products, as well as other data sources. Its creators say the built-in real-time sharing in Google Data Studio is based on the technology used in Google Docs.

Google Tag Manager 360 is based on the tag management feature in Google Analytics, but now it is an independent product. It offers a simplified way of gathering website code and APIs. You will be able to easily manage your website tags without any coding skills.

This is really a rebranding of Google Analytics Premium, however, Google promises to add new and interesting features to it in the coming months. The mission of Google Analytics 360 is to effectively analyze the data. It is integrated with Google’s advertising products.

Another rebrand, Google Attribution 360 is the new (totally rebuilt, according to Google) version of the famous Adometry. It’s designed to help you allocate your advertising budgets wisely. The product analyzes the performance across all channels, devices, and systems.

Google promises more updates and detailed descriptions on Google Analytics 360 Suite in the near future. And this future is looking very attractive for those who know the value of good marketing analytics!

“What is measured gets managed.” Peter Drucker, an American management consultant, educator and writer.

2
Reasons Why Your Website Traffic Is Down
SEO
10559 views

So you’ve decorated your house for a party, laid the table with delicious dishes, hired a live band...but no guests...

3
Duplicate content: how to avoid or fix this “double trouble”!
SEO
5836 views

A copy is always worth less than the original. Besides, having a copy of something else may cause trouble. This is especially true in the web development sphere. Read on to find out more...

Let’s talk about Drupal web development with love :) Check out the blog post from our guest blogger Daniel Mattei...

Google has recently announced the update of Google Panda 4.1 algorithm. Which sites will be affected by this algorithm and what are the reasons for that? The answers are in the article.