13.03.2014
Comments
Share on FacebookShare on TwitterShare on GooglePlusShare on Linkedin 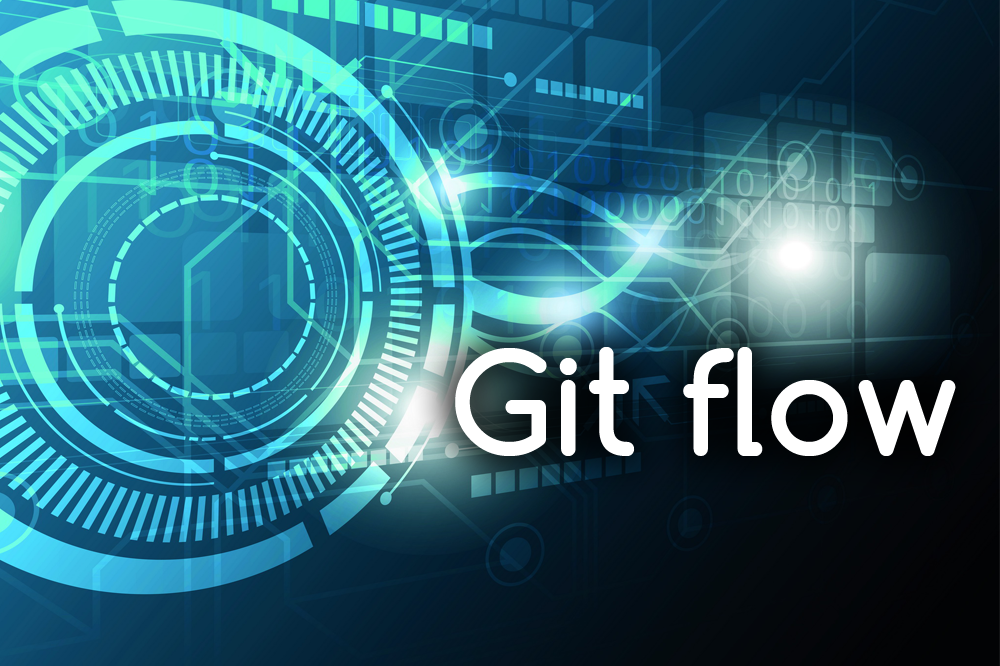 This article deals with a model of work with Git branches called git-flow. It was introduced by Vincent Driessen in his article “A successful Git branching model” and is used in different variations. The general scheme of the model is as follows:

Let’s consider the scheme in detail.

To make the work with this model easier a handy set of extensions was created (it is available for free here). You also can install it simply by entering the following command in the terminal:

We will use this set in our examples.

First, we need to create an empty repository. This can be done by typing the following command:

After this, the user can select the templates for naming branches:

You can safely use the default values here and just go through all the points by pressing Enter. However, if you intend to use these values from the very beginning​​, you can add an extra key to the command:

There are two main (master and develop) and several additional branches in git-flow model. Let us take a closer look at each of them separately.

This branch is for a stable working code that can be deployed to a production-server. No actions are performed in this branch and it is just merged with Hotfix and Release branches. Master is generated automatically after the repository is created.

The whole code that is being prepared for the next release is placed here. However, the whole functionality concerning future releases should not be here.

According to the selected naming template, a feature/test branch will be created.

After the functionality is implemented, you need to merge this branch with develop. It is very easy to do:

The above-mentioned command will merge the feature/test branch with develop and then remove it. Functional branches exist only locally in general, but they can also be added to a remote repository if a lot of people have to work simultaneously on this functionality. This can be done in such way:

The life cycle of the functional branch lasts only during the period of task’s realization. Then you can remove it from the remote repository using standard git-tools.

Once the ready or nearly ready functionality is committed into develop branch, you can begin preparations for release. This is the last branch before merging with master. Here some little changes in functionality can be made, or some bugs can be fixed. It is forbidden to add a new big functionality to this branch, and all the commits should be transferred to the develop branch. After branch of release v.1.0  is created, it is possible to merge the changes concerning the next release (e.g. v.2.0) with the develop branch.

The beginning and end of the work with the release branch goes similarly to the functional branches:

If the master branch has a bug that needs to be fixed immediately, one can use a hotfix branch. Commands for working with correcting branches are also similar:

This branch allows the Drupal web agency to continue the work in the develop branch while one developer fixes the bug in the hotfix branch. Being fixed, the branch is merged with master and develop. However, there is a thing to consider: if at the time of correction the develop branch had already been stable and there was a release branch, the changes will be merged with the release instead of develop.

Git Flow is a model that allows the development being implemented by team using the power of Git. Developers can work over tasks both individually and in groups without disturbing each other. Apart from this there are only two main branches: master and develop, throughout the whole development life cycle. That’s why there is a permanent order in the repository, as all other branches exist only temporarily. This model is simple and clear, and utilization of the automation extension described earlier in this article makes it very easy to use.

Changes in Drupal 8 have also affected the process of creating your own widgets and formatters. The new Plugin API significantly simplifies this procedure.

One can easily be lost in the variety of Drupal themes. Find out information about the best and the most significant of them.

Some time ago we've learned how to develop ctools...

Drupal has transaction support starting from its 7th version. We will help you to learn how to use this functionality properly to achieve the desired result and not to get stumped