20.01.2017
Comments
Share on FacebookShare on TwitterShare on GooglePlusShare on Linkedin 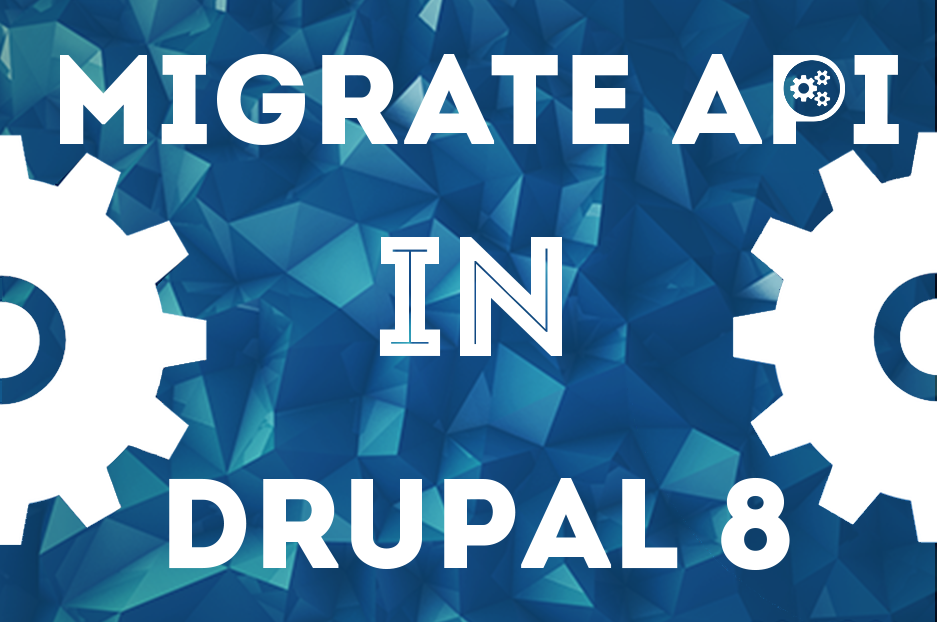 Drupal 8 is so irresistible in its innovations that it just makes you wanna… pack your things and migrate! ;) To “pack” your website’s content and configuration carefully and move them to Drupal 8, there is a cool tool called Migrate API. As with any relocation, it's easier to “pack your things” when they fit into “standard boxes.” The same applies to websites: the less custom functionality they have, the quicker the upgrade process will go. We will touch upon this and many other interesting issues while discussing Migrate API, its benefits, the modules it includes and the migration process it provides.

Not only do the best things come to Drupal core, but the greatest ideas are born at DrupalCons. At one of these, DrupalCon Prague, there was a discussion of building an improved and powerful migration system for “the great 8” that would inherit the best concepts from Drupal 7’s Migrate module but make the upgrade process way easier and much more enhanced.

Mission completed! Drupal 8 core got Migrate API that was added as a set of experimental modules, but has been improving and gaining trust, and has now (beginning with subversion 8.2.5) reached beta stability.

Migrate API can offer you:

They are now “the great three,” but they used to be “the great two” — up until Drupal 8.1.x subversion was released, which was when the Migrate UI module joined in. So here they go:

Some extra modules to use with Migrate API

However, that’s not all, so you can improve your migration process with Migrate API even more by downloading some additional contributed modules.

The Migrate upgrade used to have a UI that moved to core, so its main destination now is to provide important Drush commands for upgrades between Drupal versions, as well as to do rollback if necessary:

With the help of the Migrate Plus module, you can greatly enhance your custom upgrades. It provides extra functionality, for example, for grouping migrations together, as well as XML and JSon parser plugins to make import from file-based sources.

The Migrate Manifest module will let you run selected migrations defined in a manifest file.

And, finally, if you want to move from WordPress to Drupal (see the comparison), the WordPress migrate module is here for you to export your WordPress files and migrate them to Drupal.

A lot of work has already been done to simplify the upgrade process! Drupal 8 has lots of ready migration templates for the core stored in YAML configuration files. In case with contributed modules, there may also some ready migration files, so it’s worth checking out. But, as far as custom functionality is concerned, get ready to create your own custom migration files for it. However, you can always entrust it to professional web developers.

Have a smooth upgrade process with Migrate API and an amazing new life for your website on Drupal 8! Upgrades have become a really popular service, especially since the end-of-life announcement for Drupal 6, so we have sharpened our skills in them to perfection. So, no matter how complex your website is or how much custom code it has, your upgrade will be safe and easy with us. Big migrations begin with a small step like contacting us right now ;)

It’s a joy to see how Drupal 8 fulfills its promise of becoming more convenient in every way! We’ve discussed how it respects web accessibility standards, facilitates product management with the...

Simple but powerful, the Views is the most popular module, installed on over two-thirds of Drupal sites. So we are happy to include it into our expanding collection of Drupal 8 module recaps which...