How Drupal 8 saves time & money, or a few words about backwards compatibility

25.07.2017
Comments
Share on FacebookShare on TwitterShare on GooglePlusShare on Linkedin 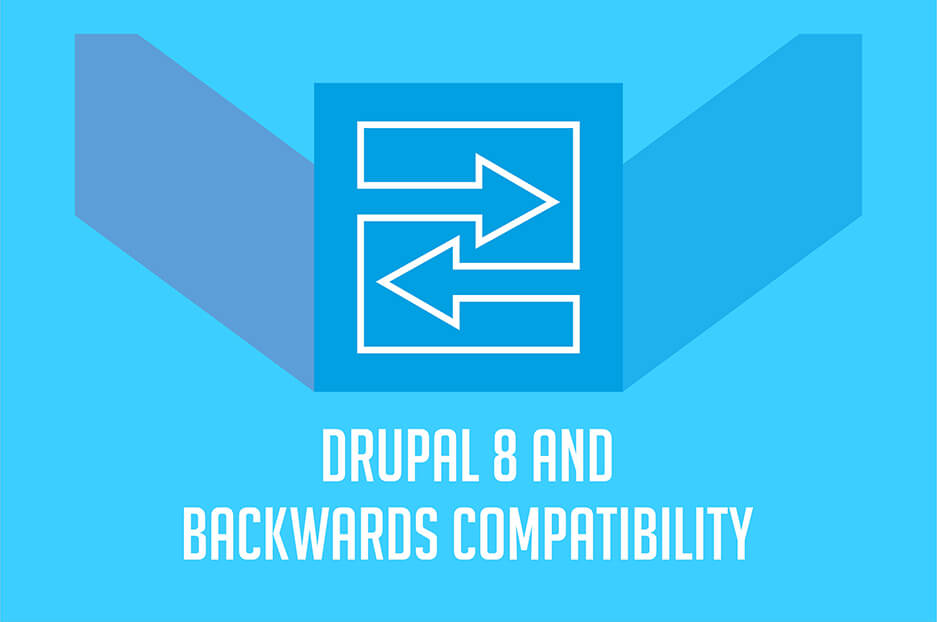 Drupal upgrades to the newest version will save your time, effort and money in the future. It’s a fact! Discover the great news about easy upgrades and backwards compatibility.

Technologies rush to the future, and website-building platforms run to keep up with them. Drupal is no exception — indeed, it’s a great example of it. Drupal 8 has had a great leap ahead thanks to its mobile-first nature, multi-language, accessibility, and editing enhancements, modern PHP, handy configuration management and so much more!

That’s Drupal’s essence. Each major release is a real gift box of brand-new features and better usability to make customers and developers happy. However, in this ultimate happiness, there always used to be a little spot of darkness.

A little shadow that used to hang over Drupal new releases

As a result of these abysses between versions, new versions traditionally presented a challenge to developers across the globe who had to learn the fresh release from top to bottom.

Outdated releases used to go “overboard,” just like happened to Drupal 6, which became officially unsupported and stopped getting security or other updates. This left Drupal 6 website owners with the options of upgrade or support.

Depending on the amount of custom functionality, major website upgrades (from Drupal 6 to Drupal 7, from Drupal 7 to Drupal 8, etc.) could often be lengthy and costly. Yes, it’s worth it! But it’s also a little bothersome.

What if it were possible to get smoother upgrades? This was the dream of Drupal’s founder Dries Buytaert and his team, which they have now successfully brought to life.

Now the shadows are removed and the abysses bridged! Congrats to developers and site owners, because Drupal is finally becoming backwards compatible.

This is a sure path to fast and easy upgrades, both between minor versions and between major versions — provided you are using the latest APIs and avoid the deprecated code. Dries Buytaert made an announcement about easy upgrades that raised a lot of excitement. Let’s look at the details.

Drupal 8 is the first version to adopt the continuous innovation model. You no longer need to wait for years to see a brand-new release. The process will be more gradual. Minor versions will come regularly, about twice a year, and offer lots of lucrative functional niceties, and, as an awesome bonus, a smoother upgrade path from one to the next.

New functionality and backwards compatible changes will be regularly introduced to Drupal 8. In this process, more and more code will be marked as deprecated. When there is too much deprecated code, Drupal 9 will be released without the deprecated systems. According to Dries, the modules using the freshest Drupal 8 APIs and avoid deprecated code will be fully functional in Drupal 9.

In other words, Drupal 9 will be almost the same as the latest minor release of Drupal 8, but without the deprecated code. Almost the same? Yes, but still different in one very important way. Moving to Drupal 9 will remain a very lucrative decision, because, when it comes out, Drupal 8 will stop getting nitty-gritty features, and the ninth version will become the new focus of the Drupal community’s attention.

And so it goes again and again, with Drupal 10, 11 and more! The progress is never-ending, which is awesome. And this progress is now more available than it has ever been.

So there is just one step separating Drupal websites owners from being forever free to make fast and easy upgrades with no hassle, with a considerable saving of time, money and effort. This step is migrating to Drupal 8 now, if you are on an older version.

Come to the bright side, and move to Drupal 8 with our Drupal migration company ;) We have expert web developers on the team. Migrate once and enjoy the benefits of backwards compatibility forever!

If you have decided to build a website in Drupal 8, we have some effective tips for devs describing how to create different useful things for D8 site. One of the first things to do, though, before...

Each of us has many roles in life, which may change with time. However, we are personalities above all, and we are unique. Although real life and Drupal websites are different things, this is...

The Drupal community now prepares big gifts in small packages twice a year. They are minor releases, and the latest of them, Drupal 8.3.0, has come out on April 5. In this article, we will take a...

5
How to integrate Google Analytics with Drupal 8
Drupal 8, SEO
10652 views