26.12.2017
Comments
Share on FacebookShare on TwitterShare on GooglePlusShare on Linkedin 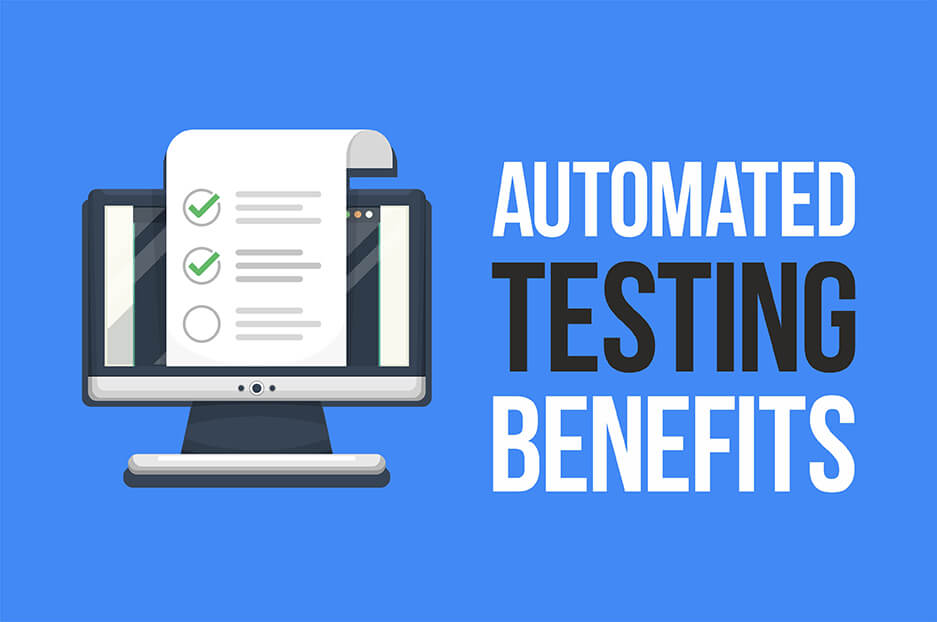 Ever since the invention of the wheel, people have understood the worth of process automation. You can literally sit back and see the work done for you, tirelessly and efficiently. Automation is priceless — it can literally rescue your reputation, save you significant amounts of time, and let you do what was otherwise impossible. That’s exactly the case with automated testing in web development. Read on to discover how test automation can take your web product testing efficiency sky-high.

Even in the code of the world’s best developers, bugs happen. That’s why quality assurance has long since become a must for every web project. To polish the process to perfection, the human intellect has invented automated tests. Let’s see at least a couple of their benefits.

Automated tests do marvels in checking every inch — no, every micron — of your project with the speed of lightning. In many cases, it would take an eternity to check the same things manually (if it was even possible at all).

Once written by a QA engineer, tests can be used again and again. The same modules can be reused for other tests on the project.

Automated tests can run 24/7, unattended, and then present all the test results to you.

The possibility to quickly spot a bug during the development cycles is priceless. The team can take action immediately, which makes fixes quicker and cheaper.

Machines are strict and precise, they never have tired eyes or a shortage of coffee in the morning (24/7, remember?). So they cannot overlook the slightest detail. No repetitive manual jobs Thanks to automated testing, there is no need for repetitive manual labor with monotonous operations.

Thanks to automated testing, you can check your site’s resilience in front of a countless virtual army of thousands of active users (before the real one rushes in). Manual testing is not capable of that.

You will have ready testing logs that list precisely all the tests performed and the bugs found. Among other benefits, it makes easy for automation engineers to continue their colleague’s work.

Where automated testing is especially useful

It is possible to cover almost any area of website’s work with tests. However, the most important ones are usually chosen. In addition, the larger the project is, the more automated testing serves as a true elixir of efficiency for it.

Automation is particularly great for regression testing (to see if everything is OK after some changes are made), testing for different platforms and with different configurations, functional testing, load and stress testing, mobile testing, and more.

Automated testing is not a replacement for manual testing — just a huge help. In certain aspects of user interaction with your website or application (handy position of buttons, simple user’s actions like logging in, etc.), human eyes and hands remain an unmatched “tool.” So it’s great to combine both automation and manual testing in the proportions that suit your project best.

A glimpse at automated testing tools

Сheck out our detailed posts about automated testing on Jenkins + Selenium basis, as well as cross-browser and cross-platform compatibility testing with BrowserStack which supports automated testing. Other hot automation testing tools include Behat, Behave, Robot Framework, PyTest, Locust, Apache JMeter, Appium, and many more. Their choice depends on the testing area and project particularities.

The future looks bright for your project. Just rely on automated testing with our skilled QA engineers. Apply here and let the big automation begin!

The job of quality assurance engineers is highly important as it allows You to be reassured that Your website undergoes development and functions in the way you intended it to. Want to know more...

2
A glimpse at website testing process: how we do it
QA
6357 views

A QA tester’s mission is the most responsible one on the project, because he’s the person the website’s excellent quality depends on. Today, there is also another special mission for one of our...

Happy Tester’s Day to everyone! :) Check out the new blog post on QA testing in BrowserStack from InternetDevels Company. And...

How to provide yourself with stable automated testing system on Jenkins and Selenium basis.