16.10.2019
Comments
Share on FacebookShare on TwitterShare on GooglePlusShare on Linkedin 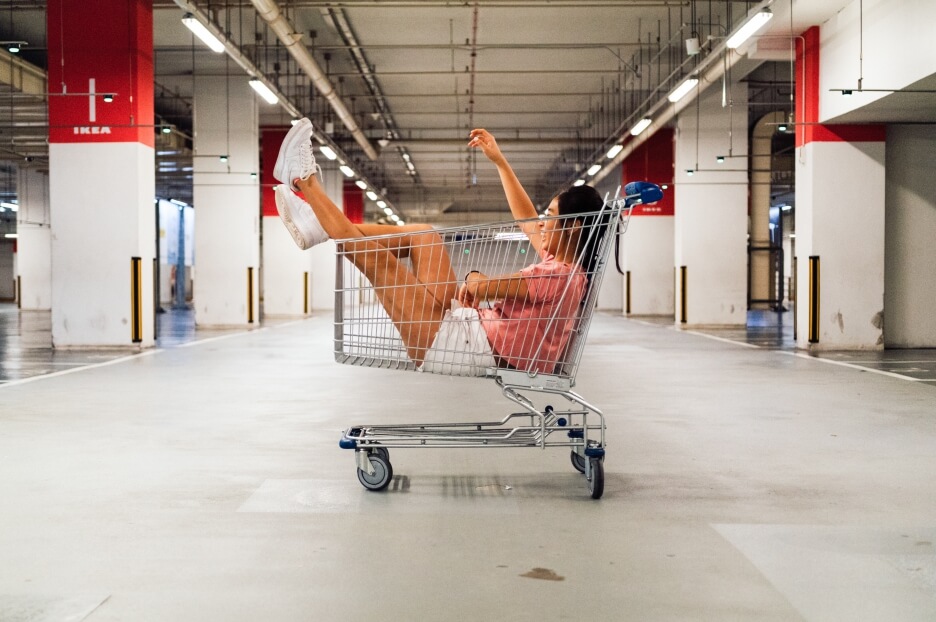 Every online store owner is looking to boost e-commerce sales. A lot here depends on the platform the website is built with — some of them are able to give you more than others.

We believe — and we can prove — that Drupal is the best solution for e-commerce websites. Drupal online stores are usually based on one of the two pillars of Drupal e-commerce development:

However, one of these pillars has been getting weaker lately. So if you have a store on Ubercart, let’s discuss why you should consider an Ubercart to Commerce migration.

Making the shift should make your store richer in features, give it reliability for the future, and help you boost e-commerce sales.

Why you should consider Ubercart to Commerce migration

Ubercart and Drupal Commerce are both officially contributed modules, but they are more than that. They represent full-fledged e-commerce platforms and serve as the basis for online stores with all the necessary features present out-of-the-box.

Add-on modules can further extend their capabilities — for example, we posted a collection of useful Drupal 8 modules for e-commerce that help you boost sales in many ways. This collection featured both Ubercart and Drupal Commerce add-ons. However, the situation is changing now — let’s see in what way.

Ubercart: how e-commerce began for Drupal

Ubercart was the first solution that appeared in Drupal's e-commerce development and gave birth to Drupal Commerce. Its first release for Drupal 5 was in 2007. Ubercart is known for its user-friendliness and simplicity.

However, if you want to think about your online store’s future and boost e-commerce sales, the next chapter may be a little discouraging for store owners with Ubercart.

Unfortunately, it looks like the development community is shifting their efforts to Commerce and has begun to forget about Ubercart. All this considerably impacts the creation of new and innovative features for the UC.

Even Ryan Szrama, the lead developer for Ubercart, is now the lead developer for Drupal Commerce. One of the most painful things here is the absence of a stable Drupal 8 release. The latest version of Ubercart for Drupal 8 is in an alpha state, which means it is not ready for live sites. It was released back in 2016, which is a sign of a very weak development process. Commits to the Drupal 8 branch are getting very rare.

Sooner or later, everyone will have to face the fact that Drupal 7 is reaching its end-of-life in 2021. The Drupal world is already preparing for Drupal 9, which is coming in June of 2020. Experts recommend an upgrade from Drupal 7 to Drupal 8 as the best way to prepare for Drupal 9. In this case, websites that are clean from the deprecated code will jump to Drupal 9 easily.

Drupal Commerce is having a true development boom. Drupal Commerce 2.0, the first stable release for Drupal 8, came in September 2017. And we already have the 8.x-2.14 version released on August 2019. 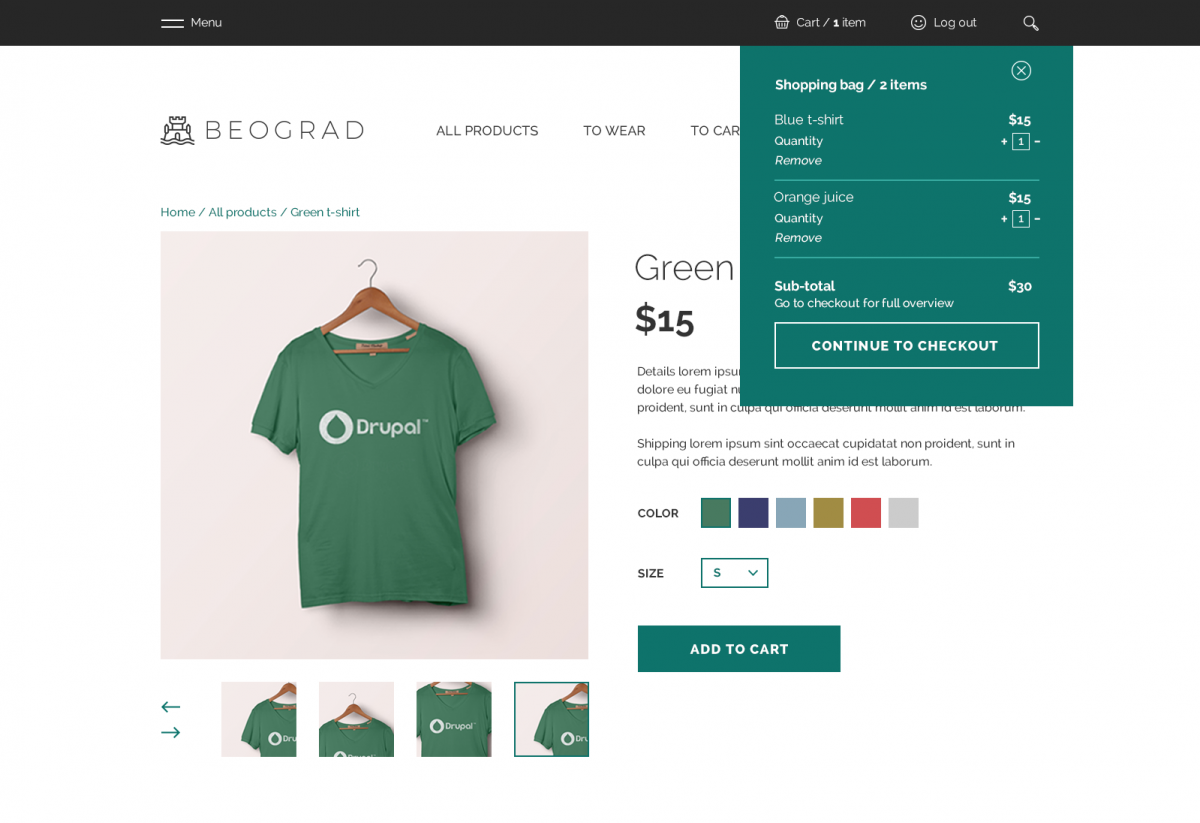 Our colleagues from Drudesk have outlined a few of the great Drupal Commerce 2 features that boost e-commerce sales by making the stores convenient and effective:

The rise of the decoupled commerce architecture

It should be especially noted that Drupal Commerce supports the decoupled architecture that is a hot trend in today’s development. In decoupled Drupal Commerce, the presentation layer is entrusted to a JavaScript framework and is separated from the e-commerce backend. This helps you boost e-commerce sales by significantly enhancing the user experience. Namely, it provides high website speed, real-time cart updates with product previews when the user changes the product quantity, sizes, etc., push notifications, and more. Among the interesting modules specifically for decoupled commerce are: 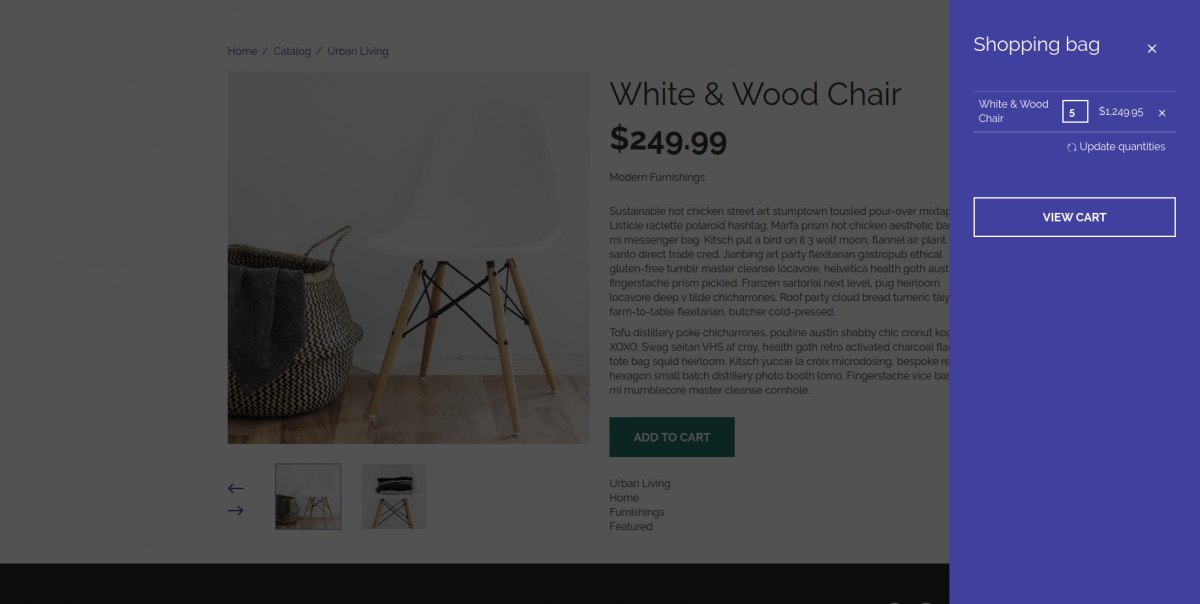 Migrate from Ubercart to Drupal Commerce with us

So let a future-ready and feature-rich online store help you boost e-commerce sales! If you are with Ubercart, entrust our Drupal team with doing a smooth Ubercart to Commerce migration, as well as your complete website's upgrade to Drupal 8. Drop us a line and let’s discuss the details.

Drupal is moving to the future and adopting more and more innovative trends. No wonder high tech engineering leaders trust Drupal and build their sites with it. So let’s learn more about Drupal...

2
Drupal multisite: how it works and when it is the best choice
Drupal Development
5218 views

Large organizations often need more than one website but a collection of related sites, which would be easy to manage. To meet this need, there is the Drupal multisite feature that has become...

Ready distributions in the sphere of commerce are among the numerous reasons...

4
Why create an event website on Drupal?
Drupal Development
2480 views

Creating an event website is not a big deal anymore. There are plenty of content management systems that offer quick results. The development team at InternetDevels always prefers Drupal for...

Drupal modules are of 3 types: those that are included in the core (core modules), downloadable from Drupal.org but not a part of core (contributed modules), and written specifically for...