01.07.2015
Comments
Share on FacebookShare on TwitterShare on GooglePlusShare on Linkedin 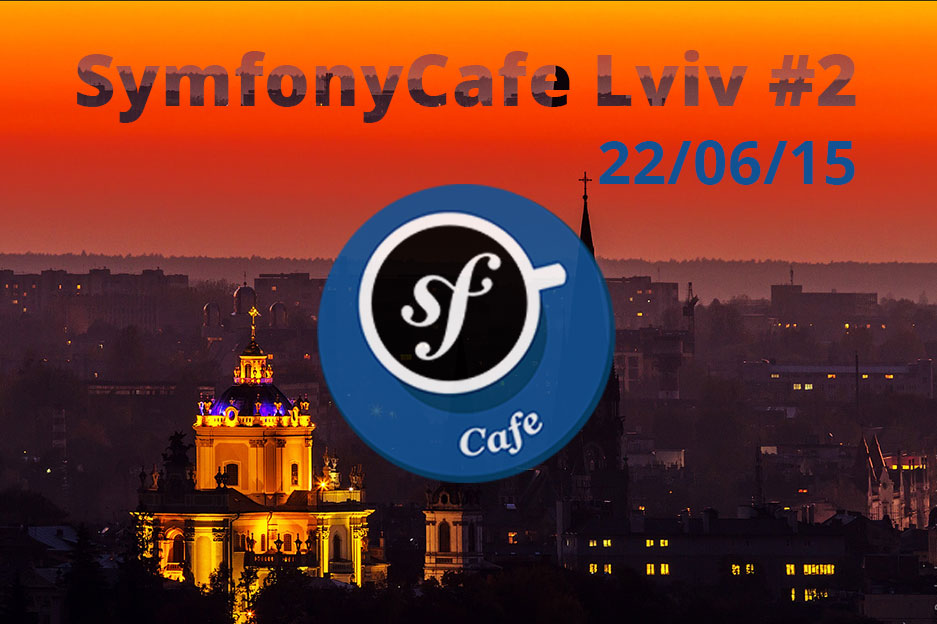 Mondays… The beginning of the working week is always quite hard. Is there any way we can make them not so much annoying? Well, yeah! The answer is SymfonyCafe!

This was already the second one held in Lviv. Despite the time (the event actually took place on Monday, 22th June), that could be found inconvenient by some people, around 40 visitors decided to start their week with a nice dose of Symfony :) We gathered in Communa anti-cafe, the event kicked off at 7 PM.

The agenda included 2 reports on different Symfony aspects. The reporters gathered some interesting cases from their day-to-day coding practice and eagerly shared the experience with visitors.

Dmytro Monastyreckyi from InternetDevels web development services company was the first one to deliver the report. He was telling about TDD and BDD. The report was especially useful for those, who care about testing of Symfony applications and want to optimize this process as much as possible. You can view his presentation here.

After this, we’ve made a short break to let the visitors communicate with each other and reporter drinking some cocoa or tea — in calm and relaxed atmosphere.

And we continued with the report by Roman Rodomanskyy from EPAM Systems. You might remember him since the first SymfonyCafe in Lviv. This time, Roman’s report was called “Dockerizing Symfony2 app”.

Both reports were interesting and practically useful, so naturally we wanted to continue communication and get to know each other better! That’s why we continued with the after party in one of Lviv’s cozy pubs — Pid Klepsydroyu.

Special thanks go to organizers of the event - InternetDevels Drupal development agency and EPAM companies, and also to each and every visitor — hopefully we’ll meet at the next SymfonyCafe soon. When and where? Follow our updates and you’ll know ;)

What do we get if we combine two popular memes: "Keep calm and code on" and "Keep calm and visit Lviv"? And if we add the fast green Drupal bus, good humour and exciting IT...

We all are fond of Drupal and often have a strong desire to share our beliefs with other IT specialists. Wanna catch an idea of how to implement it with fun and trips? DrupalTour! It works, here’s...

4
Interview with Zhenya Rozinskiy: about Ukraine through the eyes of the West
Events
4655 views

Planning to outsource web development and other services, customers should think of Ukraine in the first place. This and many other...

Did you order Drupal delivery to Rivne? :) We brought it!