30.09.2016
Comments
Share on FacebookShare on TwitterShare on GooglePlusShare on Linkedin 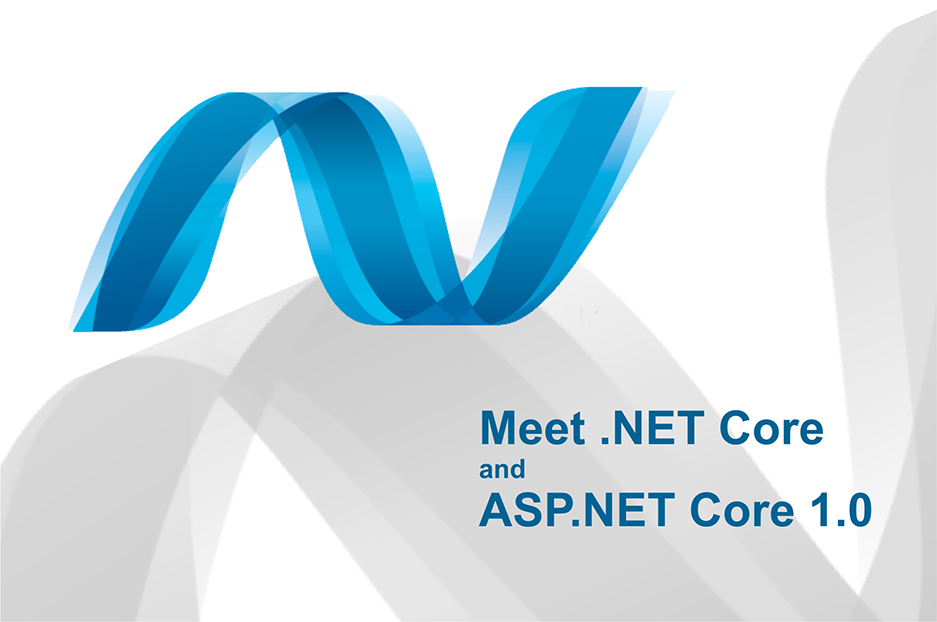 It’s interesting and challenging to master more technologies.
InternetDevels Drupal development company starts also working with .NET and would like to offer you some posts about it.

And the first one will be dedicated to .NET Core and ASP.NET Core 1.0.

This year’s summer has been very lucky for .NET developers, as well as for those who would like to try this powerful framework for creating really cool and modern applications and services. The .NET framework, as well as its web-focused “sub framework” ASP.NET, have always been valued for its convenience, security, less effort in development, debugging and deployment. But now there is something still more innovative! After almost two years of work, Microsoft finally introduced its product called .NET Core and ASP.NET Core 1.0. This is a free, open-source, cross-platform, modular version of .NET. The release includes .NET Core 1.0, ASP.NET Core 1.0 and Entity Framework Core 1.0.

Although almost 80% APIs are the same in .NET and .NET core 1.0, the two are really very different. Microsoft calls .NET Core 1.0 “the biggest transformation of .NET since its inception”. In their blog post, they also state they’ve “rebuilt the foundation of .NET to be targeted at the needs of today’s world: highly distributed cloud applications, microservices and containers.” Sounds really impressive! So let’s start viewing some of the new product’s advantages.

The idea of targeting new operating systems was actually one of the main reasons for starting the .NET Core 1.0 project almost 2 years ago. According to Microsoft, customers had been repeatedly asking for Linux compatibility. And, thanks to the efforts of the numerous developers, this wish has now been fulfilled.

Engaging other platforms obviously means a more brilliant future for .NET Core. It will be the choice for a much wider circle of web developers. Now, more dev teams can afford using .NET because of a bigger choice of devs who can work for them. Moreover, being cross-platform is the key to extending the amount of useful technologies available.

Yet another stimulus for the new project was the open-source issue. The .NET creators realized that all famous web platforms were open-source, and .NET could no longer remain an exception. Just like when it was not cross-platform, .NET had been losing on potential dev teams, many of which preferred free open-source technologies like PHP, Drupal, Ruby, Python, Java, Node.js. etc.

Now, .NET Core 1.0 is completely open-source, including all its documentation, libraries, tools and more. Developers add their contributions to GitHub, where they are tested and supported, and the framework is continuously improved and extended. Perfect teamwork!

Talking about perfect teamwork, we cannot forget the fact that around 10,000 developers have contributed to this project. Having been an active member of the Drupal community for 8 years, InternetDevels truly understands the spirit of open-source, teamwork and sharing. So we know how good a product can be made through joint efforts!

.NET Core 1.0 is many times faster in terms of server runtime than its counterparts like Node.js and Go. This makes .NET apps have a shorter response time.

“Light as a feather”

You can enjoy flexible deployment options, as well as install only the minimal set of features you need, and nothing extra.

To make developers’ life even easier and help them reuse their code and skills, the product also includes .NET Standard Library

Another great assistant being released for .NET Core and ASP.NET Core 1.0 is Visual Studio. For your app building, you can use Visual Studio, Visual Studio Code or the command-line.

Nevertheless, there are strong indications that it is too early to start active development on a .NET Core base. Many base parts like Data Access are not 100% constructed yet. There is no guarantee that code that you are using now will work in the release version. According to the estimates of different analytics, it will take up to two years for ASP.NET Core to obtain a good level of maturity.

Anyway, at the moment, nobody is starting to develop new applications on the base of Web Forms. Everybody will select MVC. Sooner or later, this process will start for ASP.NET Framework and ASP.NET Core. The last one offers many more possibilities that correspond to modern development standards.

We hope that many top-notch apps with .NET Core and ASP.NET Core 1.0 will be built some day! If you have something to ask, don’t hesitate to drop us a line.

There is an opinion that a comment section is not needed anymore as it doesn’t do any good to the users, to the author of the content, to the site as a whole and even to the commentators...

If you want to have your own website, you’ve probably thought about which company to choose. So, let’s consider what particular traits a great web development company should possess.

3
Mykhaylo Kudelia: everyone can succeed, you just need to go and do it!
Other
3302 views

Talking to the silver winner of Infomatrix international contest Misha Kudelia was a great pleasure for us. We talked about the contest, about Misha's application for...

Everyone knows the saying “a little bird told me”, and the world’s most reliable little blue bird delivers about 500 million messages a day! Never underestimate the power of Twitter and...

t’s important to reach out to your potential customers by means of rich and engaging multimedia content that includes photos, music and videos. There are many online photo, video and music editors...