Thanks for the great time at Lviv Euro DrupalCamp 2014!

11.09.2014
Comments
Share on FacebookShare on TwitterShare on GooglePlusShare on Linkedin 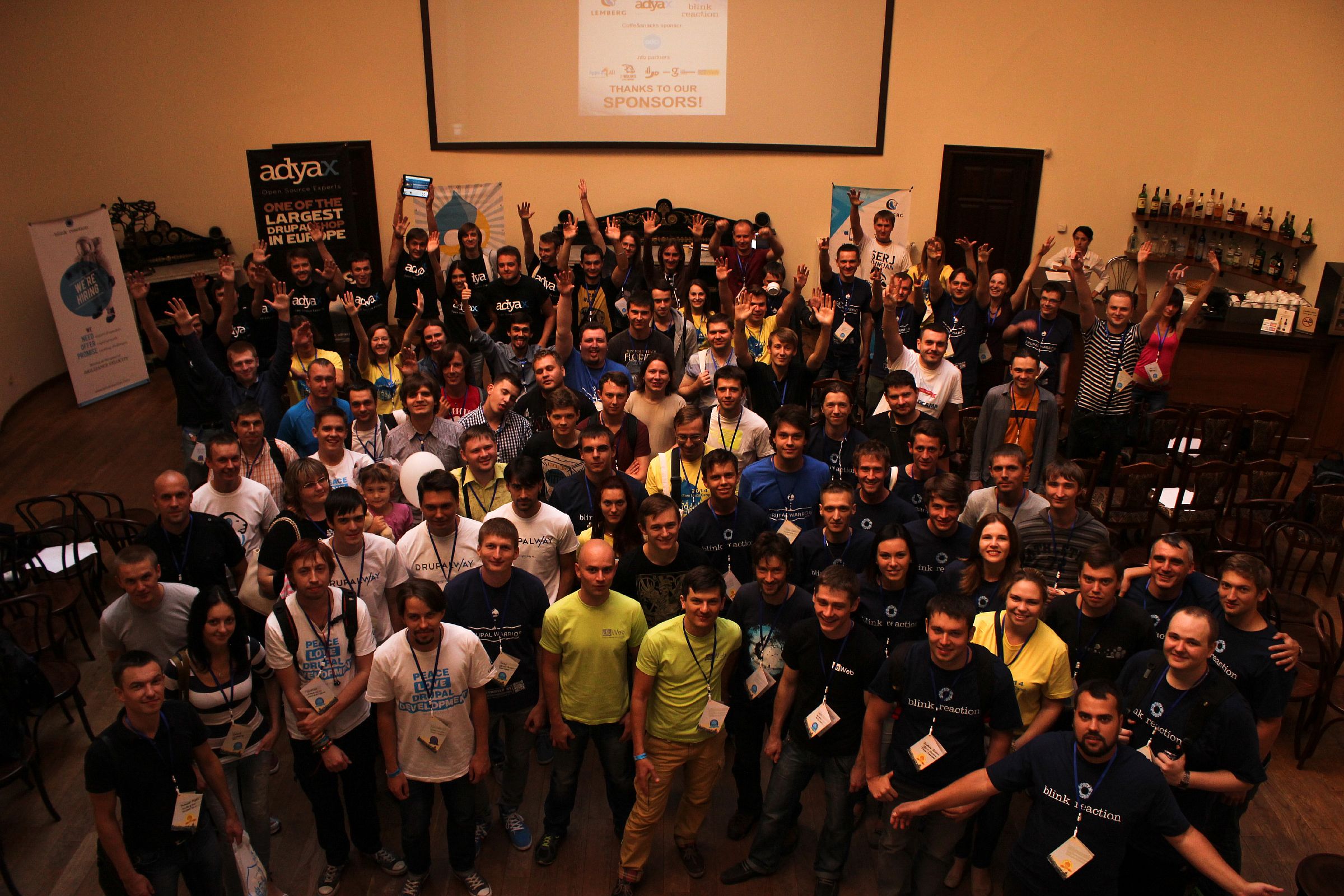 Ladies and gentlemen, we can proudly announce — we did it! Our camp became the biggest Drupal-evet taking place in Ukrane this year, which got together the most cheerful and friendly Drupal developers. We hope, that all those 150 people have got a huge pile of positive emotions and impressions. But let’s get in details inch by inch. :)

The conference started at September, 6 in the conference-hall of George Hotel with BOF-session, which is interesting for all of us now — Drupal 8. Andy Post and Andrіj Podanenko organized a great discussion, which was interesting and useful for everybody, so that no one from the audience remained indifferent.

After that, the bravest ones headed to lasertag competition, where the winners team was awarded with original souvenirs.

And finally, the most awaited part of the program — pre-party in the place, that’s familiar to all of us — "Robert Doms’ Beer House", where we listened to the hits of AC/DC and drank 150 liters of beer. All participants had much fun, as the band was really spectacular!

But besides the amusements, Lviv Euro Drupal Camp first of all includes interesting reports and discussions, and this year — also a code sprint, mentored by Andy Post and Andrij Podanenko.

This year, every participant has got a lot of interesting souvenirs: from smaller (stickers) to bigger (brandy patriotic T-Shirt) ones.

The sponsors didn’t stay aside as well — Lemberg were treating the participants with candies, Blink Reaction distributed brandy production and Adyax even presented umbrellas to those, who put the most interesting questions to the reporters.

Everyone could find the report and BOF-session he needed — from the start in Drupal development to the websites’ optimization. Each participant found something interesting for himself.

We thank everyone, who has been at Lviv Euro Drupal Camp 2014 with us! Special thanks go out to our sponsors and information partners — Lemberg, Blink Reaction, Adyax, ADCI solution, Apps4All, DeWeb, Z-Wolves Development, GODO Lviv Coworking Center, organizers of Jday 2014. Without you, the conference wouldn’t have become so large-scale and interesting!

P.S.: You can find more interesting info by the tag #lvivdrupalcamp.

We are bronze sponsors of Drupal White Nights! The event is taking palce in St. Petesburg on June, 7. Come and support the Drupal Community!

Keeping up the good tradition, we are happy to announce that Lviv Euro DrupalCamp 2013 will be held on October 12...