02.05.2019
Comments
Share on FacebookShare on TwitterShare on GooglePlusShare on Linkedin 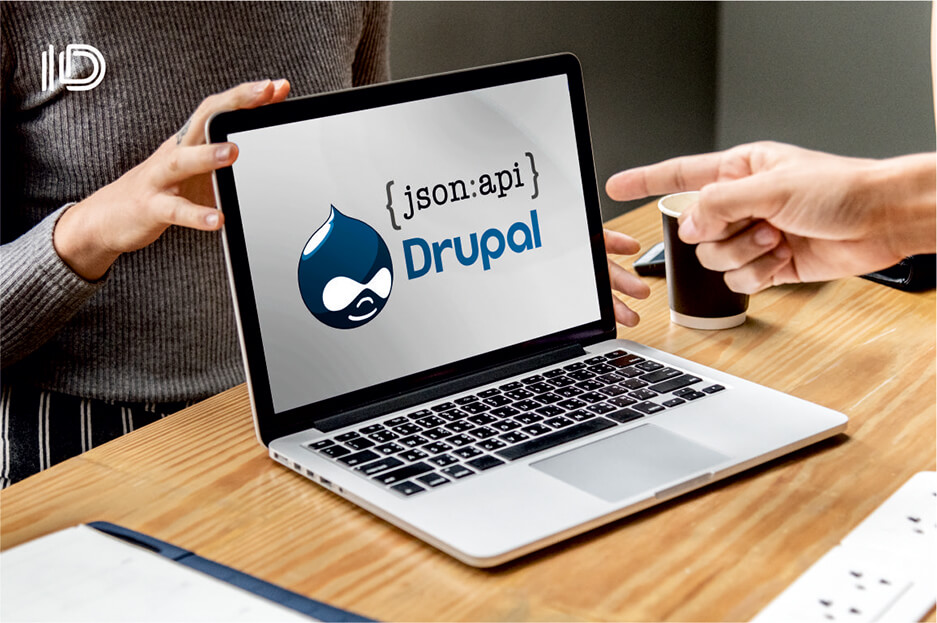 “After soliciting input and consulting others, I felt JSON:API belonged in Drupal core.”

Here is the news that will make the supporters of API-first Drupal simply lose their breath. Among the new features of the freshly released Drupal 8.7.0, is JSON:API in Drupal core! It is now part of Drupal 8 web services responsible for data exchange with third-party applications. Let’s learn more about JSON:API’s work, its road to Drupal’s “main squad,” and why JSON:API in Drupal core as of the release 8.7 is a significant achievement.

New times dictate new trends. Businesses today can benefit from much more than just websites. They can embrace different channels through the “Create Once, Publish Everywhere” (COPE) method. Their content can “fly” to mobile applications, Internet of Things devices, and so on, via an API.

Being API-first means being fully ready for this interaction. API-first Drupal future has been the Drupal community’s priority in a recent couple of years. The new Drupal 8 in 2015 came packed with a REST API, which became more and more enhanced in the subsequent minor releases. This is the result of the API-first Drupal Initiative and hard work of the community.

In addition to Drupal 8 core RESTful web services, there emerged an ecosystem of projects for API-first Drupal:

Among the tools, of course, the JSON:API contributed module, which has now finished its way to Drupal core. Congrats!

The road of JSON:API to Drupal 8 core

The JSON:API specification was increasingly popular in the JavaScript community. Dries Buytaert in 2017 recommended the young JSON:API contributed module for Drupal 8 core. As the Drupal creator said, he felt JSON:API belonged there. Still, enormous work was ahead.

The module’s main creator and maintainer was Mateu Aguiló Bosch (e0ipso). But Dries asked Wim Leers and Gabe Sullice of Acquia to devote as much time as possible to helping to get this module ready for the core. Overall, as Wim Leers wrote in his article, the project had as many as 103 contributors.

According to Dries Buytaert, by the time JSON:API was committed to Drupal 8.7 branch, it had taken:

Usually, Drupal contributed modules are added to the core as experimental and only become stable when polished to perfection. However, JSON:API was the first module in history to be added to Drupal core as stable from day first! This is what Mateu Aguiló Bosch, the module’s main creator, said.

When enabled, JSON:API in Drupal core immediately makes your Drupal entities (blog posts, users, comments or whatever) available via a web service API. For JSON:API, your entities are resource objects. It creates URLs by which the entity types and bundles can be accessed using HTTP methods.

According to Dries, both developers and content editors can create their content models directly in the Drupal user interface. In addition to the great authoring experiences, Dries said, they get a powerful and standards-compliant web service API that allows to pull this content to JS applications, digital kiosks, chatbots, voice assistants, and so on.

It is possible to:

What this news means for the users of JSON:API contributed module

Update to Drupal 8.7 and enjoy JSON:API in core!

Congrats again to the tireless team of JSON:API creators! The API-first Drupal approach gives us unlimited freedom in fulfilling our customers’ third-party integration ideas. So if you wish to: smoothly update to Drupal 8.7 create data exchange solutions with JSON:API in Drupal core expand your business reach to new channels contact our Drupal developers!

One of the hottest use cases today is decoupled Drupal architecture. Of course, Drupal has got distributions for it that give you decoupled Drupal out-of-box. They include Reservoir, Headless...

Every store owner dreams that their shopping cart stays full of goods and successfully proceeds to checkout. There are some general...

Drupal 8 has dozens of useful performance optimization modules. Today, we are pleased to discuss a new tool to speed up Drupal sites — the Quicklink module in Drupal 8. Using the example of its...

Various forms are the heart of website’s interaction with the user. So form building tools are in demand — the Drupal Webform module ranks 7th on the 42,000+ list of contributed modules. The...