06.04.2016
Comments
Share on FacebookShare on TwitterShare on GooglePlusShare on Linkedin 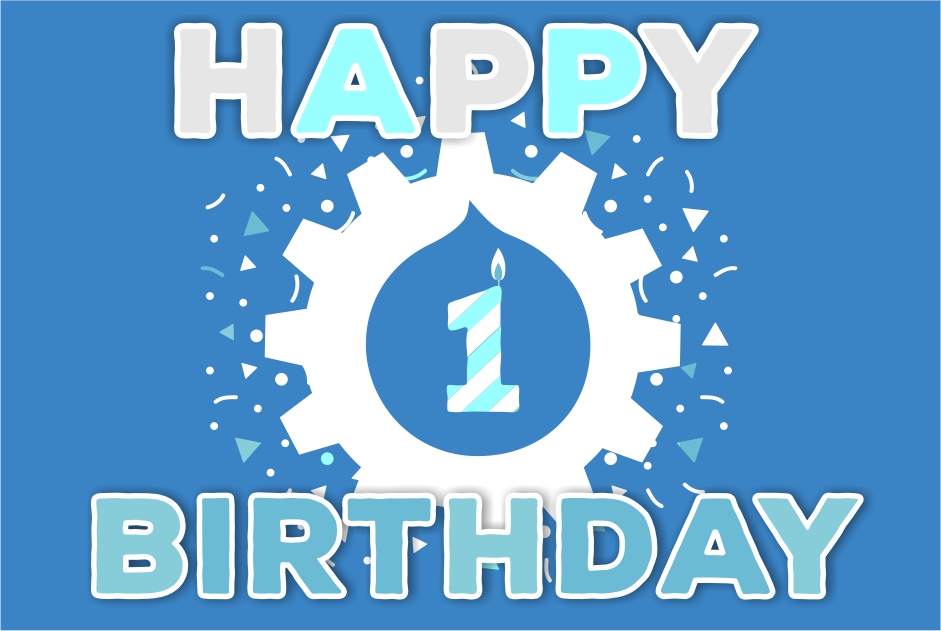 Congratulations to everyone on April 6! We call it World Happy Website Day...or, in other words, the birthday of the Drudesk website support service ;) It started as a small team inside the InternetDevels Drupal development agency, and has grown into a full-fledged affiliated company. Happy birthday, dear child! ;) You are growing incredibly fast!

Within this 1 year, hundreds of websites around the world have received the support and maintenance they needed — be it bug fixes or new functionality, server monitoring or website audit, updates or hack fixes. When we first introduced Drudesk to you in our blog post, we mentioned that these guys’ superpowers will make all your problems go away. Say “Drudesk” - and your website is working perfectly! ;) Remember? But that’s just the beginning of the story about the magic their powers have worked during this incredible year.

Drudesk magic in action: a manifold growth in numbers!

Seems like Drudesk also knows the secret spell for multiplying the number of employees ;) First there were just half a dozen guys on Drudesk team. And now they are almost 50!

We have added more brilliant developers. Also, lots of charming sales managers have joined Drudesk, now that we have created the sales department.

This particular photo was taken on New Year party, and the team has grown more since then.

And we have heard they plan to reach 150 people! But don’t tell anyone — this is a secret just between you and us :)

Working together in 3 different cities

Drudesk is everywhere! We work in the offices of 3 Ukrainian cities. The head office in the city of Lutsk is not enough!

And in the beautiful Rivne:

The initial idea was about a support service for Drupal websites. But now Drudesk has also started to work with WordPress, as well as mastered server monitoring. And, of course, the next leap is for Drudesk to begin building websites from scratch. These websites are small, but they already exist! Given Drudesk guys’ superpowers, it’s easy to believe that “small” will become “big” in a blink of an eye :)

Quick spreading across the globe

The Drudesk ideas has spread like wildfire around the world, so we have clients from the USA, Australia, Canada, Germany, United Kingdom, United Arab Emirates, Spain and many other countries.

Ivan Tibezh, Drupal architect who is the CTO of Drudesk, holds classes for young people interested in web development.

Doing the impossible: “There has never been a problem we couldn’t solve”

We asked Andrew Lutsiuk, Senior Customer Service Manager of Drudesk, about the incredible popularity of this service.

“The Drudesk idea is unique. There are a lot of Drupal companies, but most of them prefer to build websites from scratch, because it's easier. No need to understand someone else's code, to correct others' mistakes. Very few companies are willing to take such tasks, because they are risky. If you change something without knowing the dependence of one functionality from the other, the website could break down. That’s why you have to be very careful and know what you are doing. Of course, problems in our work occur. But there has never been a problem we couldn’t solve!”

A colorful report about the colorful DrupalCon by InternetDevels Drupal development company.

3
Drupal 8 release parties by InternetDevels: a tale of 3 cakes and much more!
Events
4645 views

Every drupaler’s heart was beating faster yesterday. Expectation, excitement, and absolute joy! Drupal 8.0.0 was officially released yesterday! Did we celebrate it? You bet we did! InternetDevels...

4
IT Day Rivne: talking about IT prospects!
Events
152 views

Here's another cool IT event by the organizers of Lviv Euro DrupalCamp. InternetDevels Drupal development company loves making such events. The conference held on the 7th of November in Rivne was...

We’ve been together for years and hope the very best things are yet to come! Yes, we are alike in many ways :) With the big date for all Drupal developers approaching (Drupal 8 release on November...