03.04.2015
Comments
Share on FacebookShare on TwitterShare on GooglePlusShare on Linkedin 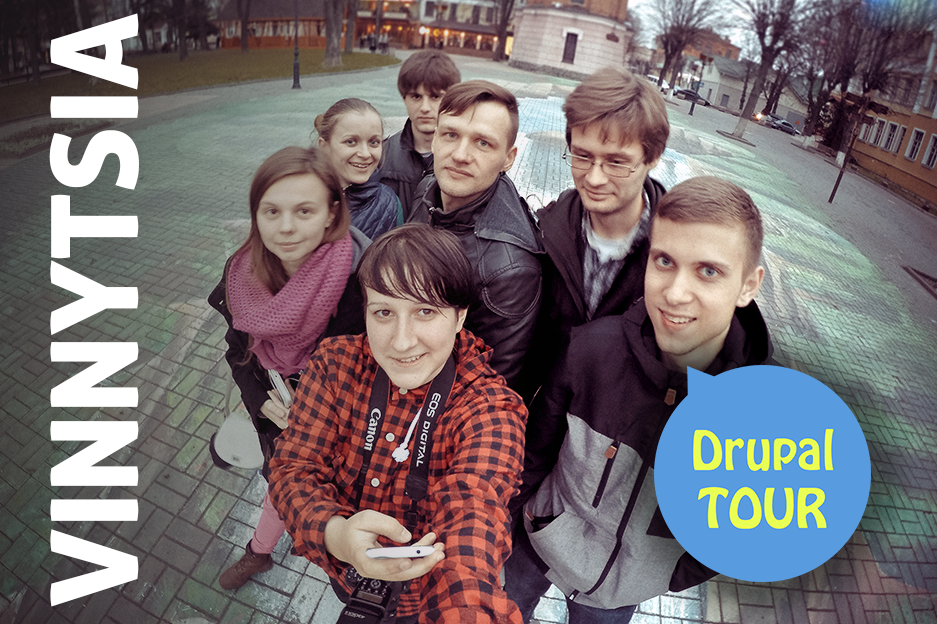 Hurray, we covered the fifth point on the Ukrainian map! It's half-jubilee already, and we’re not going to stop. So this time we visited Vinnytsia, and everything went really well — as usually, in fact :)

That Saturday morning was hard for our Drupal tourists: they all had to get up very early to leave the city already at 4 AM! But we’re strong and we did it. In the end it was nothing to regret about, Vinnytsia welcomed us very warmly and eagerly.

And again, DrupalTour gathered a vast audience of people, interested in Drupal and IT all in all. It was really nice to deliver reports to such nice guys.

The first one to report was Olexandr Kuzava. He told the visitors about SASS and Drupal themes. The info was interesting and useful, but also very cute because of a funny Nyan Cat who accompanied each slide :)

The second report was delivered by Vasyl Plotnikov. In fact, it wasn’t even a report as most people understand it — Vasyl was telling, what is the point in PHP extensions and was even writing it right there!

And the last (but not least) was a report by Andrii Leshchuk concerning handling the load in MySQL databases. The topic is important not only for Drupal developers, but for a much vaster audience. We attached his presentation in Russian.

After the official part of the event has come to an end, we decided to make a closer acquaintance with the visitors and speakers. That’s why we stayed at the same pub to have a couple of beers and just chat.

The time has passed quickly, and soon we had to leave for Lutsk. Thank you, Vinnytsia! Was great!

P.S.: Our Drupal web development company, already preparing for our next ride! The place will be announced soon, just follow the news in our Social Networks groups:

DrupalTour Khmelnitsky brought much cool experience and even some profit — a sweater and two shirts.

Symfony and coffee — what can be better at Saturday morning? Nothing! At least, we think so.

InternetDevels can now do twice more for development of IT sphere in Ukraine!

DrupalTour rocks on in Ternopil!

How did Drupal tourists visit Chernivtsi.