05.03.2015
Comments
Share on FacebookShare on TwitterShare on GooglePlusShare on Linkedin 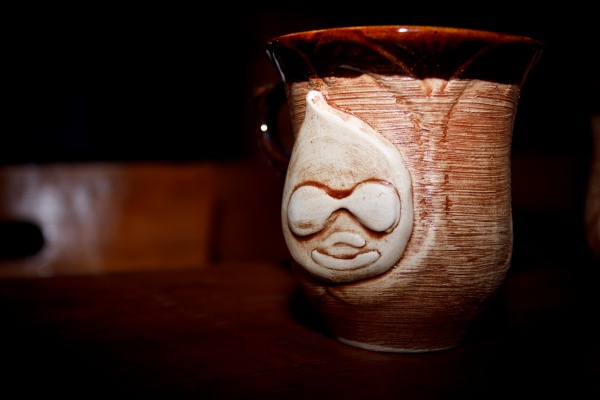 DrupalTour aims at spreading the word to different cities. But the point is not just in that! We are also just having fun :)

It is already a fourth DrupalTour and this time we were heading to Khmelnitsky. Every point of destination is more and more distant from Lutsk, so the crew of Drupal van has to get up early… This time we started our journey at 7:30 AM to arrive to Khmelnitsky at 11 AM.

After finding the location of our event, we headed to a cozy place nearby to have breakfast. It might have experienced the biggest concentration of Drupal developers at one table ;)

And the team splitted: someone went shopping and the rest was preparing the location to the event. The early birds started coming already half an hour before DrupalTour actually hit off, but no one remained bored. It was a nice opportunity to get acquainted and chat.

DrupalTour Khmelnitsky was like a real IT-conference — there were 5 reports delivered! The first one was by Andrii Sakhaniuk. He told about Drupal in general. This information was especially useful for those, who just want to start developing on Drupal or hesitate choosing a CMS.

The second report dealt with React.js and the advantages it gives the developers. Olexandr Bondarenko wore a headlight — very useful tool to eliminate the distracting factors during the report ;) Seriously though Olexandr was going to auto quest to another city right after his report, so it was requisite for the quest.

The following report was delivered by Viktor Voloshyn and dealt with e-Commerce for Internet business newbies. The topic never loses its importance!

We’ve had a lot to discuss and consider new information, so we made a break. The visitors enjoyed communicating with each other and drinking beer!

Timur Bolotiukh started his report right after the break. He told about Ember.js, another JavaScript framework. He paid attention to all aspects of Ember.js, highlighted its pros and cons. The visitors really enjoyed the report!

The last but not least — Olexandr Kuzava with report about creating a blog site on Drupal. It was particularly cool because it included not just theoretical, but also practical part. Olexander created a simple blog site on Drupal right there! Nice experience for all Drupal newbies.

We really enjoyed the company of our visitors and speakers, that’s why we went to another place to have few beers and chat in an informal atmosphere.

The time passed really quickly, and soon our  had to leave for Lutsk. And the preparations for DrupalTour never stop! Soon we will announce the next city!

P.S.: we already added photos from the event in social media. Come and take a look!

Symfony and coffee — what can be better at Saturday morning? Nothing! At least, we think so.

InternetDevels can now do twice more for development of IT sphere in Ukraine!

DrupalTour rocks on in Ternopil!

How did Drupal tourists visit Chernivtsi.

What significant Drupal events did we sponsor in 2014 and how was it.