18.09.2015
Comments
Share on FacebookShare on TwitterShare on GooglePlusShare on Linkedin 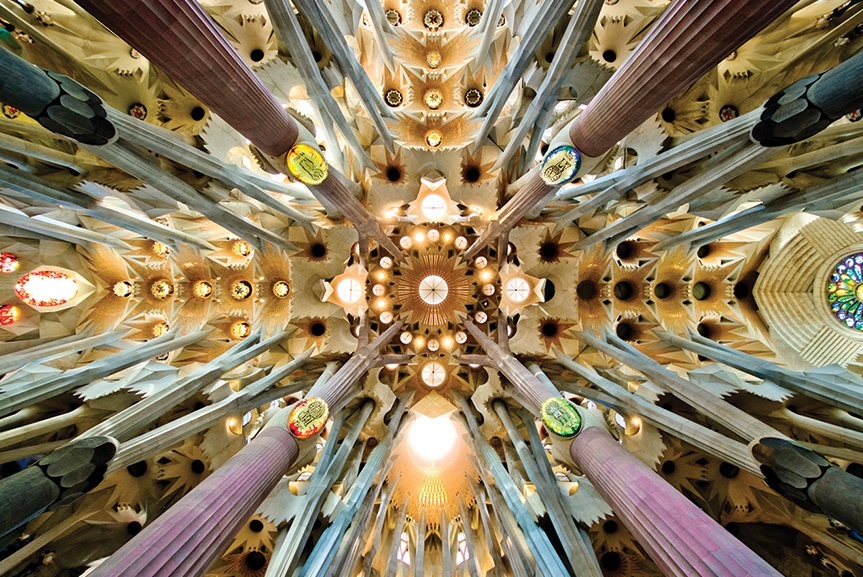 Hola, drupalistas! :) Antoni Gaudí, Montserrat Caballé, Leo Messi...All these great people have never been to DrupalCon :), So why do we mention them? They all reflect the spirit of one wonderful city. So this is a way to announce (or to remind — because you probably already know it!) that the long-expected DrupalCon Barcelona 2015 is approaching! Hurray!

It is so close that we can feel its hot heartbeat in the rhythm of flamenco. Time to join this amazing Drupal “dance”! Of course, InternetDevels Drupal 8 development company will join it. Read on to find out more.

In September, all drupalers’ roads lead to Barcelona!

If you close your eyes and hear the sound of the guitar, the hot and fragrant paella tickles your nose, your heart jumps and sings like Barcelona’s famous Singing Fountains, you know you are in the right place. From September 21 to 25 all drupalers’ roads lead to Barcelona (yes, all maps and GPS navigators have been updated ;)

In Barcelona, amid the colourful Gaudí mosaics, everyone will get the most colourful Drupal impressions. Guaranteed! But please be careful with the local sangria, it is sweet but strong ;) Better drink in the great atmosphere of DrupalCon Barcelona 2015!

DrupalCon Barcelona 2015: the best Drupal hangout to talk about

DrupalCon takes place three times a year. But every time is unique! Thousands of drupalers come from across the globe to discuss Drupal, share their ideas, tips and impressions, improve their skills, find new business partners, customers, friends and just fellow-thinkers.

At DrupalCon Barcelona 2015, there will be cool Drupal reports with hot discussions, exciting social events, classes and workshops and lots of cups of delicious coffee (yes, that’s what DrupalCon organizers promised, and we believe them ;) Just imagine: there will be 120 Drupal sessions as compared to 84 at previous DrupalCon Barcelona (held in 2007). The number of attendees has grown by 4 times since 2007. And it’s just the beginning!

Among so many participants of DrupalCon Barcelona 2015, it’s easy to miss a very special one. So if you are going to DrupalCon, or if you just happen to be in Barcelona on September 21-25, you should know where to find the famous Ukrainian web developers who will be very glad to see you. Visit stand 304 in Barcelona Convention Center (that’s our official “address” during DrupalCon Barcelona 2015). Share your ideas with us. We know how to implement even the most complicated ones!

InternetDevels is a silver sponsor of DrupalCon Barcelona, 2015

We really had no choice but to become a sponsor of this event. Because we always support the coolest (or, better to say, the hottest) events of the Drupal world, one of which is DrupalCon Barcelona 2015. Besides, at DrupalCons, yummy treats are offered to sponsors on Sponsors’ Appreciation Day! :)

We apply Drupal modules that shape poems... Almost a quote by Joan Miró! :)

“I try to apply colors like words that shape poems, like notes that shape music.” So said Joan Miró, a world-renowned painter born in Barcelona. Dedicating ourselves to the art of creating great websites, we could say that we apply Drupal modules that shape "poems" ;) Let’s create real works of art with Drupal! Let's be inspired in everything we do ;)

Hi, drupalers! Enjoying your summer? Time to make plans for your awesome autumn! We have checked the forecasts, analyzed the position of stars, written php scripts to define the luckiest date and...

Mondays… The beginning of working week is always quite hard. Is there any way we can make them not so much annoying? Well, yeah! The answer is SymfonyCafe!

What do we get if we combine two popular memes: "Keep calm and code on" and "Keep calm and visit Lviv"? And if we add the fast green Drupal bus, good humour and exciting IT...

We all are fond of Drupal and often have a strong desire to share our beliefs with other IT specialists. Wanna catch an idea of how to implement it with fun and trips? DrupalTour! It works, here’s...