29.05.2014
Comments
Share on FacebookShare on TwitterShare on GooglePlusShare on Linkedin 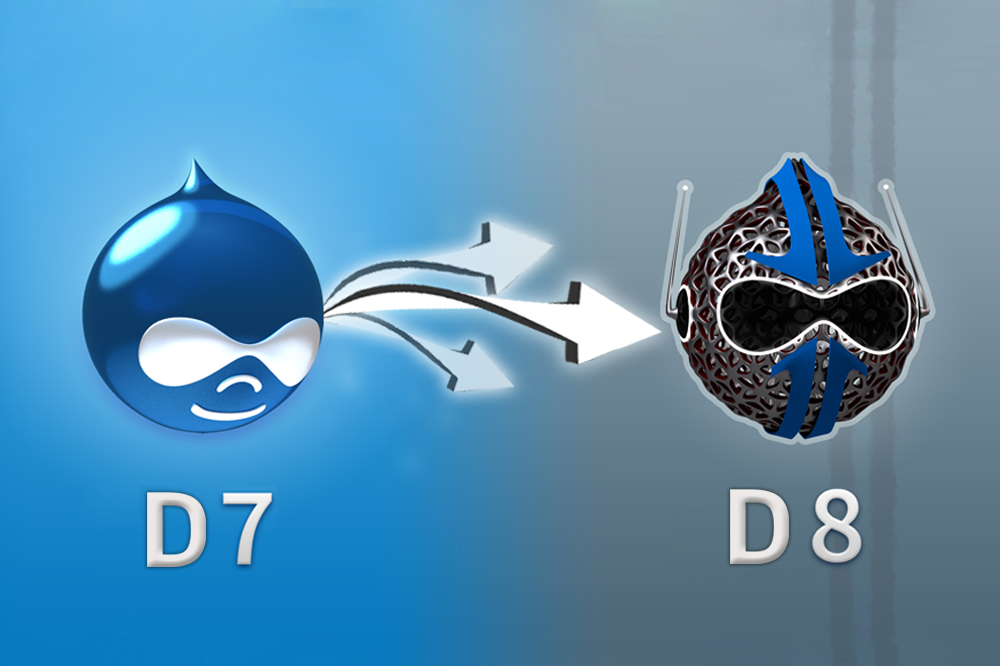 Enthusiasm and professionalism are 2 keystones of Drupal community. Why am I confident about that? Pure and simple - it is an open-source platform, a nonprofit product. Contributions made by developing and maintaining this framework are not paid for. It is a desire to make this system better, to enhance its functionality on the one hand and to simplify it to users on the other. This motivation prompts thousands of developers to code at nights after hard-working days to make their contribution to Drupal society, to help people.

Being an active member, our Drupal web development company is not only building websites brick by brick, we also strive to develop the platform itself. Of course, the list of contributions can be viewed on drupal.org profile. But there is a weak point of it - it does not show the dynamics. That is why I decided to share the information via blog. So, recently we have finished our 3-months code sprint!

Drupal 8 is not far from. The question of involvement into it was asked once and the answer came quickly: Drupal 7 finest groundwork should not be left behind when a new version comes in - some projects should be ported!

So the first days of 2014 were marked as ‘brainstorm for 3-month code sprint’. After all the discussions we have formed a plan and work-load for all the participants and started coding, coding and coding! The goal was to port as many projects (and to port in a right way) as we were able. As a result, 23 projects were ‘contributed’:

Hope that will help you, society!

And to sum up some official boring statistics:

While preparing this material (maybe even before clicking Published checkbox) it hit me. Drupal 8 was the keystone of the whole code-sprint. What do we as web developers expect from it? An interesting question... and I have decided to ask the guys who were active contributors of the sprint (no offense, only those who were close enough, like in 10 m from me at the moment :). So here is a blitz-interview of our impressions of Drupal 8. Nothing to hide, developers are speaking:

“Me and DeimoS were working on Oracle DB issue fro D8. We chose it because Oracle is cool and their logo is cool :) Among with this we have already dealt with this DB for Drupal 7 that’s why for old times’ sake we chose it.

“Well, code-sprint pre-supposed I needed to do something :) So the idea to work not with module or theme but with data base driver for Drupal had came up. As MySQL, PostgreSQL and SQLite have been already maintained (already in core, just bug-fixing) we decided not to come up in the middle of something but to work from scratch. Oracle had been chosen as no works of merging it to Drupal 8 had started yet and that was a nice chance to dig at how data base drivers for Drupal are handled at all.

I salute Drupal 8 object-orientation-direction :) No, really, there is the problem when PHP-oriented programmers face difficulties while dealing with this CMF. Now it will be easier for them to understand Drupal structure and principles of its functionality. The transaction from procedure to object-oriented programming will bring functionality flexibility and greatly simplify website customization”.

“My involvement into those code sprint was only a partial one. So strictly to Drupa 8: this is gonna be one of the most important releases. Object-orientation, Symfony, Twig… Lots of elements will differentiate that version from the previous ones. Architectural changes are obvious and that is cool and dangerous at the same time: lots of things should be tested thouroughly. That’s why release is being delayed and delayed… currently there is no even approximate date.”

“Viktor, will you write that I have been working on 404 Navigation module because it has 2 lines of code and I was more interested in porting process to D8? :)

But I am really excited about D8, yes. Finally Drupal will stick to the up-to-date tendencies: principles of object-oriented programming, Symfony framework components in core… When Drupal 7 came out I thought: “Yes, Drupal 7 is better comparing to the previous one”. Now when I have worked with Drupal 8 which is not released yet… It is better :) Add to this that if difference between 6 and 7 was two inches-long, difference between 7 and 8 will be a mile-long… At last everything there is implemented the way it should be, everything is on its place. It’s hard to explain shortly and with non-technical terms for non-developers. It comes only with experience, but Drupal 8 will be one of the most important releases.”

So this is it! Plans of reviewing such code sprints are already here, that was the first one!

P.S. Especially I liked id.tornado answer which would be a crime to omit:

- That was my first theme ever, I learned on it…

Drupal's society is a society of enthusiasts and professionals. But remember they are also people - just like me and you:)

Based on our experience we know that sometimes website owners face different problems connected with their Drupal projects. To handle such situations we have launched a new service offering a...

Nowadays services which provide out-of-box html-themes gain popularity. The question is whether it is that easy to use them as a basis for...

Often one can see such charges against Drupal: “It is impossible to build a high-load website using this framework”. We will refute this myth on...

One of the main issues after making decision to launch a website is development platform - CMS or custom coding? Let's elucidate Drupal framework advantages.

Very often a lot of developers face the issue of flexible materials sorting on the site. One of the solutions to solve this issue is Radioactivity module. Learn more about this tool.