Awesome Facts About PHP Every Developer Should Know

14.07.2017
Comments
Share on FacebookShare on TwitterShare on GooglePlusShare on Linkedin 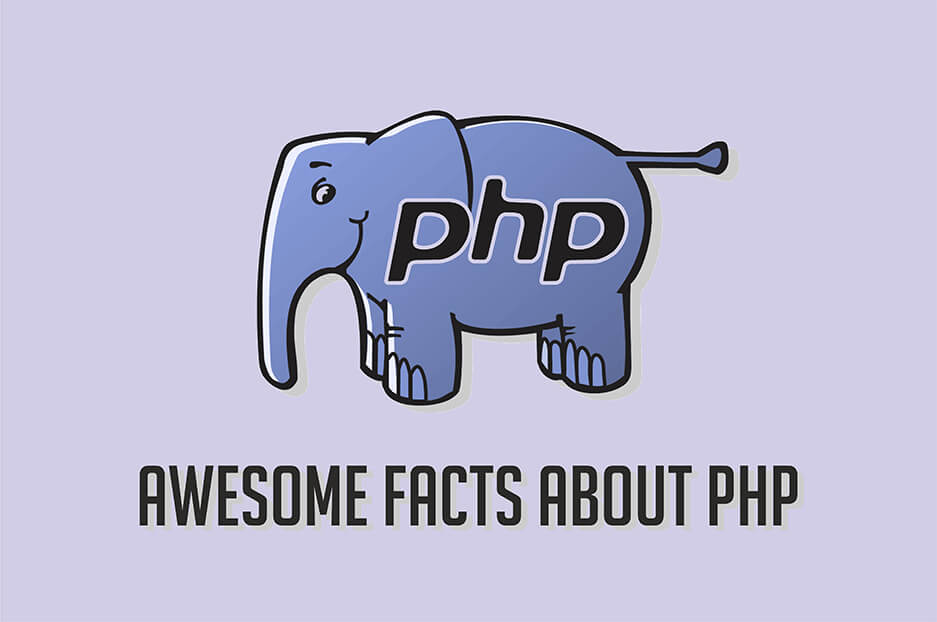 It is no exaggeration to say that PHP is one of the most popular programming languages. Thanks to its advanced and easy-in-use features, it is widely used for web development by new programmers as well as by more experienced web developers. The great advantage of PHP is that it is not as hard as other programming languages to learn. No matter what tasks you face, complicated or quite simple (e.g. you need to clear your cache or enhance password security), it can be completed using this language. As most developers have an essential background in PHP and understand how it works, we’re going to tell you some fun facts about it, since it has so many features besides programming.

Facts You Should Know About PHP

1. The initial purpose of PHP

Believe it or not, Rasmus Lerdorf, the Danish-Canadian programmer, didn’t intend for PHP to be a programming language. Originally, it was the abbreviation for Personal Home Page. In 1995, he wrote it as a set of CGI in ‘C’ (Common Gateway Interface) to manage his personal site:

Over the years, the language has developed and become what it is today. PHP (Hypertext Preprocessor) is commonly used in the deployment of server-side scripts. It can be embedded directly into HTML and be used in many CMS or web frameworks.

Although free, PHP has some restrictions. It is not distributed under the General Public Licenses (GPL). This means that, for example, if products are derived or created from PHP, they will need to get permission from the PHP group to contain PHP in their respective names.

According to Netcraft’s web survey from 2013, approximately 244 million sites are running PHP. This number is likely much higher nowadays, taking into account the fact that this language is widely used in web development and design all over the world.

Some of the biggest online brands, such as BlaBlaCar, Digg, Facebook, Flickr, ProProfs, Technorati, TED and Yahoo, are powered by PHP. Other popular sites, like Qq.com, Taobao.com, Twitter.com, Wikipedia.org and Weibo.com, also use PHP. It is also possible to use PHP in many major operating systems, if not all. Whether you use Linux, Mac OS X, Microsoft Windows or RISC OS, the PHP code can be applied to any of them. Besides, you can benefit from the flexible PHP features on any platform.

If Zend’s impact assessment report on PHP is correct, there are more than 5 million PHP developers in the world, and every minute this number is going up. As researchers confirm:

No wonder, PHP is considered one of the most popular programming languages for web development throughout the world.

Probably most of us have some talismans or lucky object. We sincerely believe in their power and great support. And PHP has its own mascot. It is a big blue elephant that’s aptly named elePHPant. It was created by Vincent Pontier (or PHPather spiritual, as he’s called). The designer tells the story about how the idea of the elePHPant logo emerged in an interview:

“In 1998 a few French web sites talked about PHP. While my friend François came to code at my home to show me what they could do with this “PHP,”I was having fun drawing the letters “PHP” in capital letters on a white sheet of paper. By chance – chance sometimes do make good things happen – I suddenly noticed that the letters were forming the shape of an elephant, if viewed from a ‘sideways angle’... I sent my first drawing to Jean-pierre Dezelus, who I did not know at that time. He was a collector of elephant — this is amazing, right? So he asked me to create an elephant in the same style as the true PHP logo.”

As you can see, there are many more interesting things to know about the popular scripting language. We hope these awesome facts were insightful for you. If you have any questions concerning PHP or other crucial issues on your site, feel free to contact our expert web support team. We’re always here to be your personal mascot!

Mobile devices are taking over the world, and there is no way web resources can ignore this. We offer you an article about mobile app testing — in a form of checklist. So, if you have decided...

2
Unexpected bonuses of working with Internetdevels
Other
1830 views

We, Internetdevels, are a successful company who have worked in the IT sector for more than 9 years. We are trying hard to match the characteristics of a great web development company and are...

3
Easy ways to keep your website fresh
Other
3482 views

Make sure your website remains in perfect condition and has all the improvements you want. We suggest tips on how to refresh your website to enhance conversions and reduce bounce rate.

4
Low-Code Platforms: Rapid Development in the Digital Era
Other
2173 views

Today we add one more great element to our list of IT innovations — low-code platforms. It sounds really catching, doesn’t it? So, we’ll try to find out what that’s all about, its key benefits,...

We would like to turn your attention to a useful tool ready to help you with JavaScript debugging. In fact, it’s more than a tool — it’s a set of tools, called the Chrome DevTools.