05.01.2015
Comments
Share on FacebookShare on TwitterShare on GooglePlusShare on Linkedin 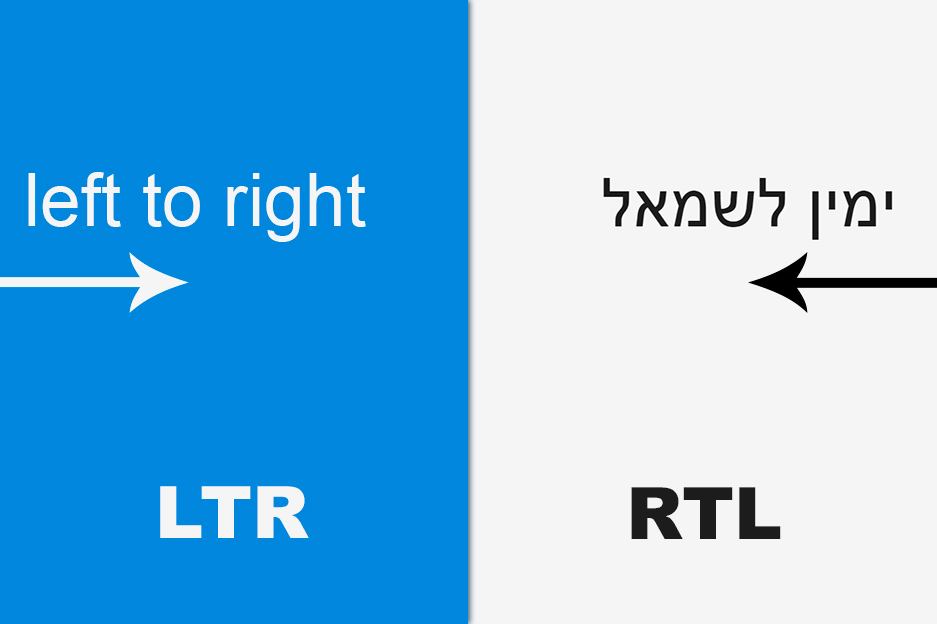 In fact, the vast majority of websites are now developed supporting multilingual functionality. But it can turn out to be a problem, if there’s a need to apply different writing systems. So in this blog post our WordPress development company will tell, how to set up different page display standards on your website.

In general, LTR (left-to-right) and RTL (right-to-left) mean writing standard. But in this blog post, we will consider LTR and RTL as pages display standards. For example, here is a screenshot of one website in English and Hebrew:

As we see, the pages look like a mirror reflection. So, if the website you’re working with, should be displayed in Hebrew, Arabic or some others rare right-to-left script (Aramaic, Southern Balochi, Bakthiari, Sorani, Dhivehi, Persian, Gilaki, Kurdish, Mazanderani, Western Punjabi, Pashto, Sindhi, Uyghur, Urdu, Yiddish), you need your website to be support RTL standards. In this case you will probably need simultaneous support of RTL and LTR, for example, support of English and Hebrew. You can apply one of the following practices:

Advantages: you need to upload needed file just once.

Disadvantages: any changes in CSS file have to be duplicated (even if they do not influence page display standards).

Advantages: You don’t have to duplicate the changes, which do not have impact on page display standard while changing CSS file.

Disadvantages: Two files instead of one will be uploaded for displaying the RTL script.

Disadvantages: Greater amount of code in one file, which creates the risk of making a mistake while changing anything.

If you have a CSS file for LTR and need to create another one for RTL, you should copy and rename the original file and rewrite the characteristics, that influence the writing standards. Similarly to that, we do with additional CSS file (we leave just those characteristics, which should be rewritten). It is done in such a way:

It could take quite much time, if you have much code in CSS file. Those changes are mechanical and there’s a clear logic in this process, so you might want to use specific resources to do this work for you. Here are some examples of such resources:

So getting RTL CSS from LTR won’t be a problem. Next stage is enabling the CSS. It is quite clear — we check the language or display standard and disable relational/additional CSS, or apply CSS file, supporting both RTL and LTR. If you enable an additional CSS file, which rewrites the characteristics of the original one, ensure, that it is enabled after the original file. If you have just one file for LTR and RTL, you can attach relational characteristics to display standards using selectors like, for example, [dir="ltr"] and [dir="rtl"].

Where if (is_rtl()) — is a function of WordPress, checking, if current language of page is those with rigt-to-left script standard.

If you use the resources, which automatically convert RTL to LTR, you should pay greater attention to testing, as there’s a risk, that the resource can mirror the parts you don’t need. You also should pay attention to sprites, as they are not mirrored automatically. The problem could be solved by creating separate sprites for RTL. If you use SCSS and you need LTR and RTL, try Directional-SCSS: https://github.com/tysonmatanich/directional-scss.

1
Outsource vs hiring in-house
Other
3520 views

Decide, if you should outsource certain services.

Learn how to improve your company’s client communication services.

InternetDevels was included to the list of Leading Drupal developers by Clutch.co

4
Welcome us in Lviv! New office of InternetDevels company
Other
5570 views

InternetDevels grows bigger and better. We made ourselves a cool present for birthday — a new office in Lviv!